Linda Sarsour is an Islamist[1] who is calling for Muslims in the US to not assimilate into our society and for them to commit Jihad against President Trump. She says that Muslims should only please Allah, not our President or the US… that is a call for Shariah law. Her remarks were delivered at the Islamic Society of North America. This is a woman who stands with ISIS, the Muslim Brotherhood and advocates violent Jihad. She is subversive and very, very dangerous. Sarsour’s speech was laced with adamant refusals to integrate into America’s Western-style blends of secular government, religious freedoms and civic society. She also promoted that Islam would never support Muslim Palestinians living alongside Israel.

Sarsour is urging Muslims[2] to form enclaves and stand outside of our society, norms and laws. She did call for building alliances and gaining allies for their cause, but that is what ‘useful tools’ are good for. This is a woman that Obama held up as a beacon of diversity as he promoted all things Islam. Does this sound ‘diverse’ to you?: “I hope that we, when we stand up to those who oppress our communities, that Allah accepts us from us that as a form of jihad, that we are struggling against tyrants and rulers, not only abroad in the Middle East or on the other side of the world, but here, in these United States of America, where you have fascists and white supremacists and Islamophobes reigning in the White House.” 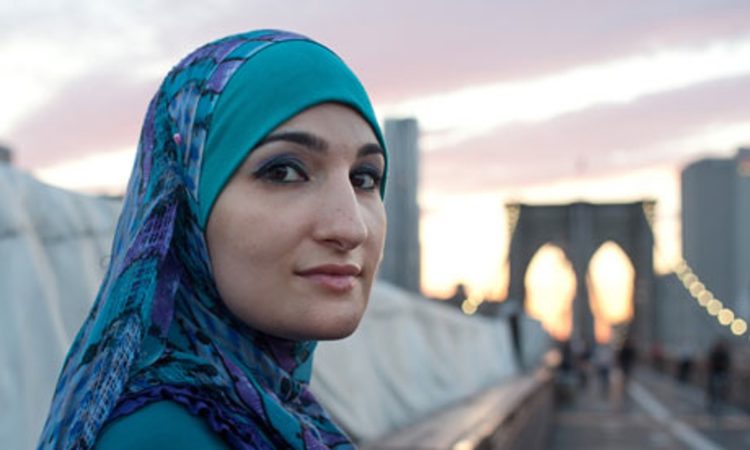 Muslims in the United States should not assimilate into American society, but should instead act “to please Allah and only Allah,” said Linda Sarsour, a rising star among progressive Democrats, last weekend.

Sarsour’s remarks were part of a July 1 speech given at the annual meeting[4] of the Islamic Society of North America, or ISNA. She said:

Our number one and top priority is to protect and defend our community. It is not to assimilate and to please any other people in authority. Our obligation is to our young people, is to our women, to make sure our women are protected in our community, and our top priority, even higher than all those priorities, is to please Allah and only Allah.

We are never to cower to the powers that be, we are never to give up any part of our identity so somebody else can open a door for us. If a door does not open, guess what we do? We build a new door and walk through our own door, because we have that right in this country to also open opportunities for us and other communities.

Her speech was a call for Islamic opposition of a sitting President. Sarsour’s ISNA speech included a number of Quranic references that reinforce her demand for Muslim separatism. She emphasized that Muslims must unite “as one umma we are supposed to be.” Sarsour is calling for a separate Islamic political movement in the US, along with a separate Islamic society. It is incompatible with America’s founding principles and should not be allowed. She is calling for Jihad against President Trump and his administration.

Sarsour’s speech did not call for violent Jihad, but it did allude to all forms of Jihadic struggle. These are the same types of tactics Islamists have successfully implemented in Europe and Canada. The separatist strategy is intended to grow their populations while shielding them from surrounding secular and Christian cultures, which Islamic believers see as profoundly illegitimate. Sarsour repeatedly referred to “these United States of America,” not “The United States of America.” This is how Islamists conquer countries from within. They separate themselves from the country’s societal fabric and form a country within a country, eventually superseding their laws and culture. Sansour is an Islamic extremist… she is a radical and is pushing her cancerous agenda for Islamic supremacy.

Liberals: #IStandWithLinda[5] even tho she
– viciously attacked a survivor of FGM
– gave the ISIS one finger salute
– advocates Sharia Law pic.twitter.com/2vfdjWqV4h[6]

Resistance to oppression can be violent and non-violent struggle. Clearly, @lsarsour[8] was talking about the latter. https://t.co/qSFOMVK6iB[9]