Muslim ‘Clock Boy’ Just Got His Clock CLEANED In Court, Judge Had NO Mercy

FINALLY, someone who isn’t completely taken in by the sob story of “racism” and “Islamophobia” surrounding Ahmed the “Clock Boy.” The young boy took several news stations and pundits to court claiming “defamation” because they said mean things about him when he made news with his controversial “clock” project.

A district judge has finally come to a decision regarding the case and it’s going to outrage liberals. 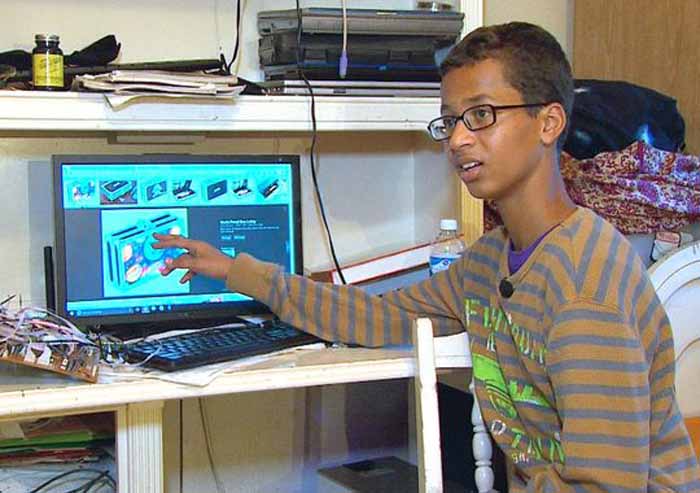 The Conservative Tribune[2] has the glorious story of the judge dismissing the lawsuit.

Instead of just disappearing into the sunset after the ordeal, however, the boy chose to make a big stink about the alleged Islamophobia he experienced. This despite a litany of evidence having shown that both his school and the authorities had been 100 percent right to be concerned about his suspicious clock[3].

Fast-forward to September of 2016, when he and his family filed a suit claiming that the defendants had made “false statements” on TV “accusing Ahmed Mohamed and his family of being terrorists or ‘jihadists,’” according to The Washington Post[4].

Unluckily for them, District Court Judge Maricela Moore did not buy his phony argument, and for good reason: His attorney was unable to provide a single piece of evidence showing that any of the defendants had ever said anything false or defamatory about the boy or his family.

I have to say that this feels really good. I’m not trying to score political points against a kid, but he needed to be told that he wasn’t as special as the liberal media told him he was. Maybe now he’ll just go away.