Muslim Imam in California: I Apologize for Calling for The Annihilation of all Jews

A California imam is now feeling the heat for a sermon that has been translated to condone the destruction[1] of Jews and he has now apologized…oh, great. That makes everything better.

Imam Ammar Shahin, of the Islamic Center of Davis, held a news conference Friday acknowledging that his feelings clouded his judgement during the sermon on July 21…like his feelings on genocide?

Shahin’s sermon was aimed at the topic of the al-Aqsa Mosque, a holy site for both Muslims and Jews alike.

The Middle East Media Research Institute (MEMRI), translated Shahin’s sermon as calling for God to ‘liberate the Al-Aqsa Mosque from the filth of the Jews’ and also to ‘annihilate them down to the very last one.’ 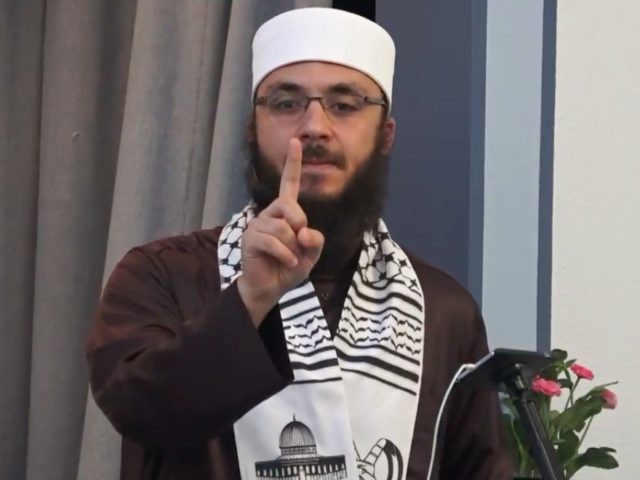 The recent violence that had taken place at the highly contested site prompted Shahin to give the sermon after Israeli officials decided it was safer for people if they put metal detectors at the site for Muslims to pass through, after the slaying of two Israeli guards there by Arab-Israeli gunmen.

During Friday’s press conference, Shahin gave his piss poor apology: ‘I am deeply sorry for the pain that I have caused. The last thing I would do is intentionally hurt anyone, Muslim, Jewish or otherwise. It is not in my heart, nor does my religion allow it.’

However the Islamic Center of Davis attempted to run a screen for Sharin’s statements by saying they were ‘taken out of context’ by MEMRI.

‘In the context of the full sermon, it becomes clear that the theme of the sermon was against oppression and not against Jews or any religion. If MEMRI and company sincerely followed Imam Ammar Shahin’s work and did not just cut and paste what suits their cause, they would have come across the countless lectures and sermons he has given regarding treating all people, especially non-Muslims, with kindness and giving them their full rights, supporting them when they are oppressed.’

Uh, no. Words actually mean certain things and when you threaten and preach violence on a whole race of people, you don’t get to say it was taken ‘out of context’. You are liars and everyone knows it.