This is just simply disgusting and why am I not surprised this is the attitude taken by a Muslim ‘cultural mediator’? This mediator in Italy is now defending the brutal rape of a Polish young woman and the vicious beating of her boyfriend on a beach in Rimini. A number of young Muslim refugees from North Africa encircled the couple as they were walking on the beach. They beat the boyfriend unconscious after hitting him over the head with a bottle and then robbed him. But not before they made him watch them hold his girlfriend down and repeatedly gang rape her. They then threw the girl in the ocean. A passerby found both bloody and lying on the beach. 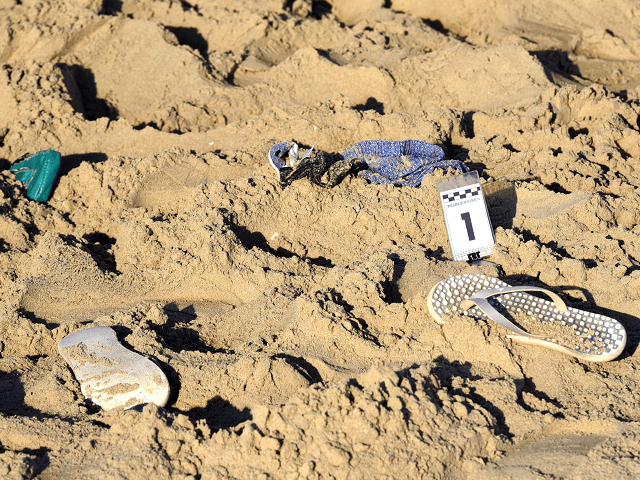 The mediator is claiming that rape is like normal intercourse if the woman is calm. Really? That is one of the most wicked things I have ever heard. People are outraged by his callous, insensitive, frankly insane statement. I’m beginning to wonder if the majority of men in Islam are simply sociopaths. That’s unfair I know, but I have heard this kind of thing so many times now, I’m really leaning towards that conclusion.

Abid Jee wrote on Facebook that rape was “a worse act, but only at the beginning, when the willy goes in, then the woman becomes calm and you enjoy it like normal intercourse.” If that doesn’t infuriate you, I don’t know what will. This asshat works at a migrant reception center. A ton of people called for his removal after the post went viral. It was then removed from Facebook. However, I don’t think Jee was removed and he should be.

The 26 year-old Polish couple were subjected to a “brutal and bestial” attack at the tourist destination on the Adriatic coast. Neither will ever be the same and that attack is sure to tank tourism in Italy. You couldn’t pay me to go to Europe these days and I would seriously recommend that all Americans forego traveling there. They were both hospitalized after the attack. The man will most likely require facial reconstructive surgery. The woman will live with that nightmare haunting her for the rest of her life. Not an ideal outcome to their vacation by any means.

This same gang raped a transsexual from Peru. I guess they aren’t picky on the equipment package. I thought that was a sin in Islam. My bad. That attack happened either shortly before or after the Polish couple were attacked. Both cases have caused great turmoil in Italy and outrage from Poland who is sending their own investigators to look into the matter. These beasts haven’t been caught yet.

Italy is now spiraling out of control crime-wise and you can thank their open borders policy and the influx of Muslim refugees. They seem to think rape is an acceptable pastime. A number of voices are calling for the rapists to be chemically castrated or put to death. Prison isn’t enough and I agree. Poland’s Deputy Justice Minister Patryk Jaki was very blunt on Twitter, writing “for these bastards should be the death penalty, although for this particular case I would also restore torture.” Right there with ya. I could not agree more.