No one turns down free money — except Muslims who are expected to use it to fight terrorism:

A California Islamic school wanted to keep an open mind before Donald Trump took office. But less than a month into Trump’s presidency, the school rejected $800,000 in federal funds aimed at combatting violent extremism.

The Bayan Claremont Islamic graduate school is not alone; it is

the fourth organization nationwide under the Trump administration to reject the money for a program created under President Barack Obama known as countering violent extremism, or CVE, which officials say aims to thwart extremist groups’ abilities to recruit would-be terrorists.

They didn’t mind taking the money from their fellow traveler Obama. Here’s why:

Bayan Claremont had received the second-largest grant, among the first 31 federal grants for CVE awarded to organizations, schools and municipalities in the dwindling days of the Obama administration. The school had hoped to use the money to help create a new generation of Muslim community leaders, with $250,000 earmarked for more than a dozen local nonprofits doing social justice work.

Now, instead of advancing their agenda with “social justice work,” they are expected to spend the money combating terrorism that is used to advance that same agenda. Good thing for them they are probably getting plenty of free money from the Saudis anyway. 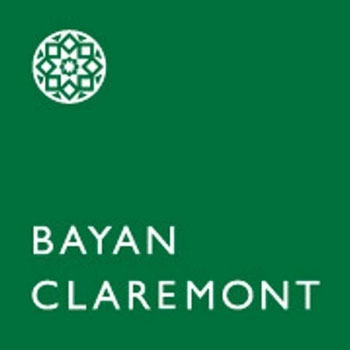 No doubt can get plenty of funds from elsewhere.

On tips from Bodhisattva, Stormfax, and Dragon’s Lair. Cross-posted at Moonbattery.