Absolutely anything goes when it comes to advancing Islam, no matter how immoral or disgraceful. Consequently, Muslims take naturally to the liberal hate hoax tactic. But not all of them are very good at it. A Muslim professor at Indiana State University managed to get himself arrested:

Azhar Hussain, 56, assistant professor of aviation technology, was arrested on Friday and charged with felony charge of obstruction of justice and misdemeanor harassment, according to Terre Haute’s Tribune-Star.

But the professor fabricated all of the incidents, police say.

“Based upon the investigation, it is our belief that Hussain was trying to gain sympathy by becoming a victim of anti-Muslim threats which he had created himself,” Indiana State University Police Chief Joseph Newport said Friday.

Hussain has been suspended from his teaching position, but at least he has a spot on the Hate Hoax List. 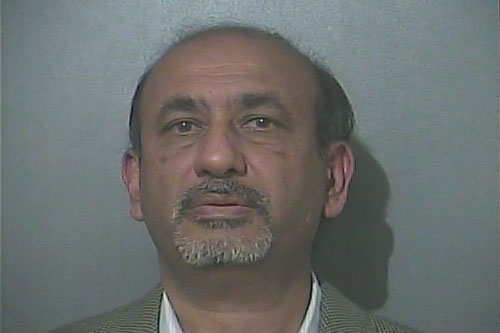 Hussain’s jihad by other means didn’t pan out.

On tips from J, Dave F, Lyle, and Steve A. Cross-posted at Moonbattery.