Here it comes.[1] Muslims in the US are gearing up for a fight. They are not only going to battle President Trump’s travel ban… they are going after our laws and courts. They will systematically hit them state to state, city to city. They are claiming religions persecution, but this is a move to introduce Shariah law into our legal system. That must not happen. It will destroy the rule of law and abrogate our constitutional rights as Americans.

If Muslims are unhappy with our system of laws here in the United States, they should go to a country that practices Shariah Law. It’s an easy fix. But that’s not the point, is it? This is about conquering America from within. Anti-Shariah bills have been submitted in states across the nation in order to stave off this legal onslaught. Shariah law is pernicious… it will change our society forever if allowed to stand in the US. 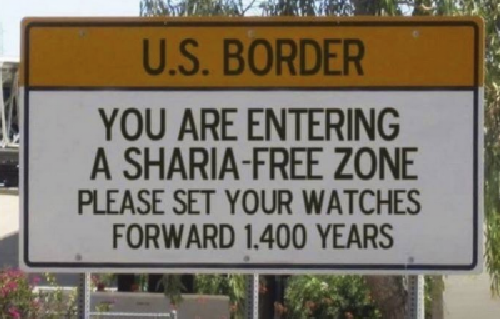 Muslims complain they’re frivolous bills meant to spread fears and sow suspicion of their religion in a nation divided.

But supporters of state proposals to prevent Islamic code from being used in American courts argue they aren’t overtly anti-Muslim and are needed to safeguard constitutional rights for average Americans.

The bills, variations of which have been around for years, don’t specifically seek to ban Islamic law, known as Shariah, even though some lawmakers concede that’s their intent.

Instead, the proposals broadly call for banning the application of any foreign law, legal code or legal system that doesn’t grant the same rights and privileges as the state or U.S. constitutions.

“I believe very strongly in the values of America to allow for religious freedom,” said Connecticut state Rep. Robert Sampson, a Republican sponsor of a bill. “I just don’t want our court system to start using what is religious law from other countries to make decisions. I’d like to preserve our way of life.”

Muslim leaders say the bills are among a range of proposals and decisions at all levels of government that they’re gearing up to fight this year, from President Donald Trump’s travel ban to local planning and zoning rulings against mosque projects.

“These are thinly veiled attempts to alienate Muslims in America,” said Hazem Bata, of The Islamic Society of North America, based in Indiana, where once such “anti-Shariah” bill has been introduced. Bills have been introduced in at least 13 states to stop the observance of Shariah law in the US. There are many more getting ready to follow suit. Fear is an excellent motivator. This started around 2010. Ten states have anti-Shariah laws on the books already. The rest of the states are all considering this in one form or another.

Montana and Arkansas look to be the next two states to pass these bills. Supporters point to a 2014 report by the Center for Security Policy, a conservative think tank that cites nearly 150 cases in which it says Shariah played a role. That’s not anti-Muslim… it is anti-Shariah law. Religious law should never be a part of our legal system. “Shariah should be very concerning to all of us,” said state Rep. Heidi Sampson, a Maine Republican who has proposed legislation. “It is a way of life and a legal code which is designed to impinge on culture, family life, marriage, equality of the sexes — a whole host of areas.” That’s exactly right. Just say no to Shariah law. 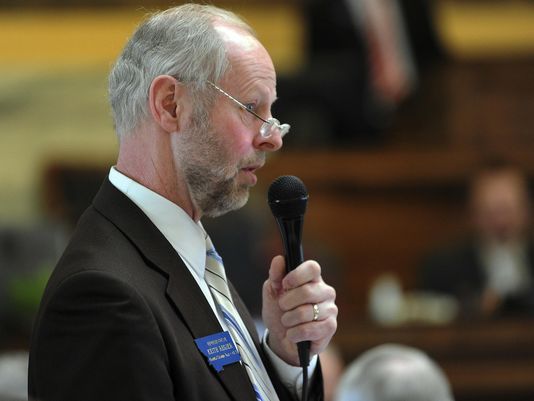