Muslims Offended After Walmart Does THIS

This Halloween, Muslims have turned their attention to Walmart. Many Arabs are livid with the major retailer due to a Halloween costume they are selling.

Walmart is selling Israeli Defense Costumes for children. It even comes with a toy machine gun. 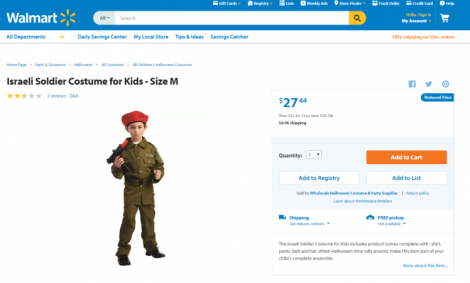 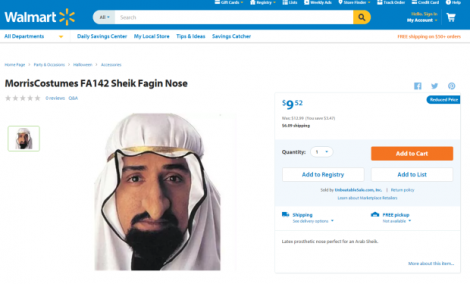 As a result of this, Muslims protested widely, claiming that this glorified the “Apartheid army” of Israel and was offensive to Muslims everywhere.

What’s offensive is how easily offended some people are.

One customer review of the IDF[2] costume tried to draw parallels to the current Arab-Israeli conflict and wearing this costume on Halloween.

“Your little one can now go to his friend’s house, and take over their bedroom, and all of their toys and claim that God has given him/her the right to take it,” read the review, under the title “Costume of the Chosen Apartheid Army.”

“If the friend refuses, your little IDF soldier can respond with force, and if they fight back, claim anti-Semitism, the right to defend their new room full of God given toys and level the whole family and neighbourhood block!” it read.

Alternatively, your kid can be proud that they are dressing in the uniform of one of the bravest armies in the world, an army that is literally under attack 24/7.