A man in Minnesota[1] is trying to impose Shariah law on a Somali Muslim community in Minneapolis. Even CAIR (if you can believe it) is sounding the alarm here, which I personally find shocking. 22 year-old, Abdullah Rashid, is a Georgia native who moved to Minnesota last year. He has started a group of morality police advising Muslims to wear a jilbab, a long, flowing garment. He’s also warning them to not drink, use drugs or interact with the opposite sex. Local Muslims are extremely alarmed at what Abdullah is doing and he is recruiting others. They have notified the police. His group is called the General Presidency of the Religious Affairs and Welfare of the Ummah.

It’s obvious this guy and his buds are radicalizing others and promoting terrorism. The Muslims there are right to be scared by this and the police and community leaders should not allow it. It will spread and fast. There is no room in America for Shariah law period. This group will create no-go zones there just as predicted. Abdullah is trying to enforce what he calls the “the civil part of sharia law” in his neighborhood. There is no such thing… it’s either all or none. This must be stopped immediately. 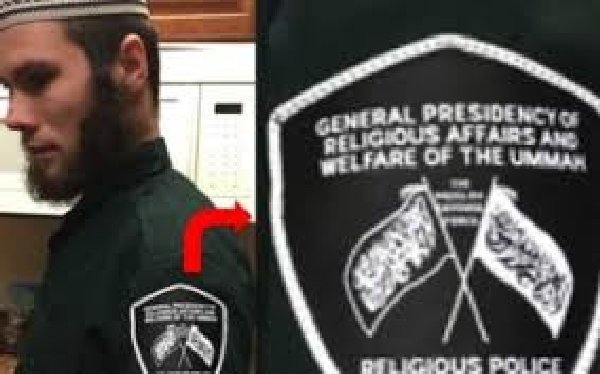 A man trying to impose what he calls “the civil part of the sharia law” in the Cedar-Riverside neighborhood of Minneapolis has sparked anger among local residents and Muslim leaders.

Abdullah Rashid, 22, a Georgia native who moved to Cedar-Riverside last year, has been making the rounds in the Somali-dominated neighborhood, telling people not to drink, use drugs or interact with the opposite sex. If he sees Muslim women he believes are dressed inappropriately, he approaches them and suggests they should wear a jilbab, a long, flowing garment. And he says he’s recruiting others to join the effort.

But local Muslim leaders are sounding the alarm. They are working to stop Rashid’s group, General Presidency of the Religious Affairs and Welfare of the Ummah, and have notified Minneapolis police, who say he’s being banned from a Cedar-Riverside property. Some say the group is preying on vulnerable young Muslims in a community that has dealt with national scrutiny around radicalization and terrorism.

“What he’s doing is wrong and doesn’t reflect the community at all,” said Jaylani Hussein, executive director of the Minnesota chapter of the Council on American-Islamic Relations (CAIR).

Minneapolis police started receiving reports back in February on Rashid and his activities while donning a dark green uniform that says “Muslim Defense Force” and “Religious Police” and had two flags associated with ISIS and other terrorist groups displayed on it. “We’ve had conversations with community members that live over there,” said Officer Corey Schmidt, a police spokesman. “Sometimes it takes a little bit of time to deal with it, but it’s something we’ve been monitoring.” Rashid is so bold that he did an interview where he said his goal is to turn Cedar-Riverside into a “Sharia-controlled zone” where Muslims are learning about the proper practices of Islam and that “non-Muslims are asked to respect” it. “People who don’t know me would say I’m a terrorist,” he said. “I’m someone who’s dedicated to Islam and trying to help the community all ways I can.”

In another shocking move, the Islamic Institute of Minnesota issued a statement that says Rashid “does not in any way speak for the Islamic Institute of Minnesota or the Muslims in Minnesota.” They are afraid of this freak, which should tell you all you need to know about him and his intentions. I doubt this guy is an isolated nut job. Minneapolis better up their game and the police need to pay special attention to that neighborhood. 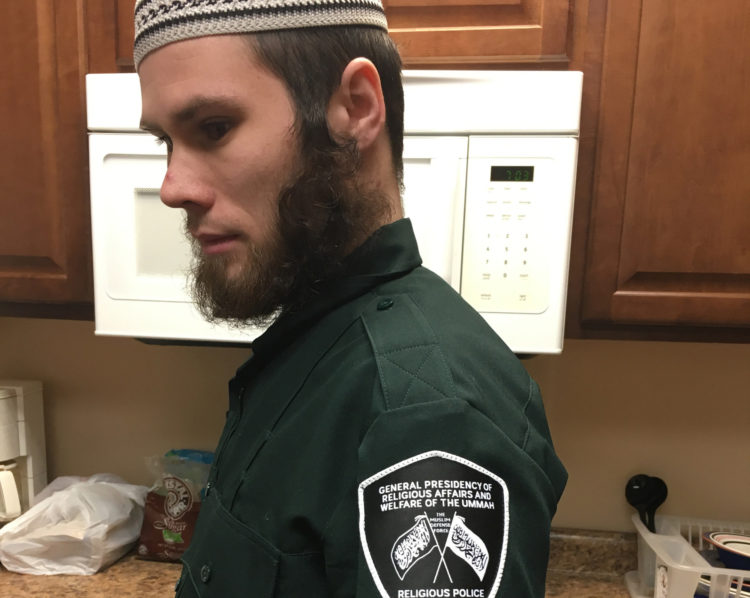