A fair sized[1] confrontation has occurred in Peine, Germany. Refugees from Syria and Palestine can be seen in the video below yelling ‘Allahu Akbar!’ while throwing stones and taking clubs to cars and bus stops. There were approximately ten refugees brawling to begin with. As far as I can tell. the refugees then faced off with others of Turkish, Kurdish and Lebanese backgrounds. There were 40 to 50 refugees and immigrants beating on each other. Just another weekend in the refugee ghettos of Europe.

Police responded en force. Lots of police had to separate the two factions and stop them from destroying cars and each other. Nice. If we don’t stop the unvetted refugees from coming into the US, this is a preview of what is to come here. Only one person was arrested… the Germans seem to have a real problem with handling refugees. They can’t even bring themselves to arrest them when they get violent. They won’t even admit that rape is now rampant there. It’s a dangerous mess. 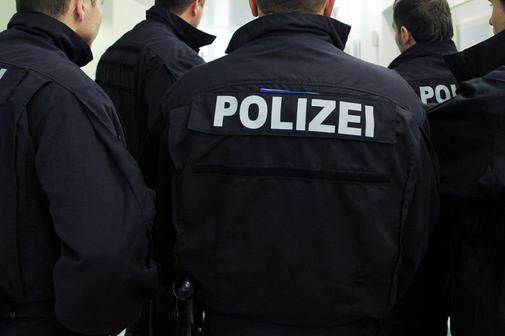 Peine . About ten refugees with mainly Syrian and Palestinian immigration backgrounds were already beating at around 9.30 pm. When the police arrived, a large number of those involved had already fled, one person had to be taken to a hospital with head injuries.

At about 11 o’clock, a group of ten people, including those who were part of the first fight, damaged several cars in Peiner Südstadt. In addition, the police reported local residents with stones. Several local residents were then confronted with the chaos, a total of 40 to 50 people participated in a mass strike.

The residents concerned were citizens with a predominantly Turkish, Kurdish and Lebanese background of migration, the police said. Also a strip car was stoned with stones. Police responded aggressively to the demands of the police, and the police were able to separate the groups with a large squad and reinforcement from other departments.

One person was arrested for resistance, and investigations were initiated for land break, bodily injury and damage to property.

You won’t see this on CNN or any of the other leftist media outlets. They won’t even report two illegal aliens raping a 14 year-old girl in the boy’s bathroom at her school, so you know they won’t report this. But sadly, these kinds of confrontations in Germany and other parts of Europe are now common. And they are getting ever more violent.

These thugs were armed with bats and knives. God forbid that an infidel had walked into the middle of the fight. Both sides would have jumped in to kill them. A number of Germans were shocked over the gang-style fighting. But they shouldn’t be. If you look across Europe, every time you find a bunch of refugees like this, you see gangs fighting wherever they can. Violence is second nature to these beasts. And pretty soon, the police won’t even go into these areas. They will become no-go zones. I pity the Germans.