Doesn’t it seem kind of bizarre that in our politically correct world, liberals want to bring in people by the millions who need to take a class to learn that it’s not okay to rape women?[1] 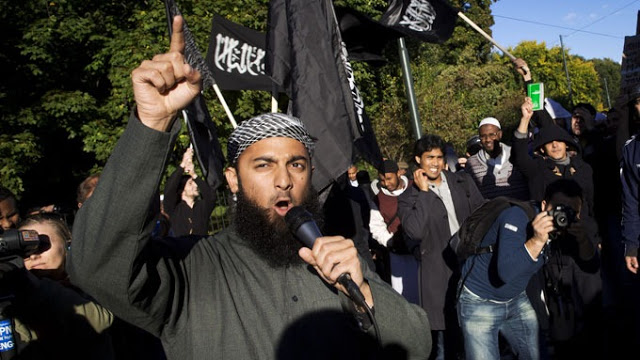 When he first arrived in Europe, Abdu Osman Kelifa, a Muslim asylum seeker from the Horn of Africa, was shocked to see women in skimpy clothes drinking alcohol and kissing in public. Back home, he said, only prostitutes do that, and in locally made movies couples “only hug but never kiss.”

Confused, Mr. Kelifa volunteered to take part in a pioneering and, in some quarters, controversial program that seeks to prevent sexual and other violence by helping male immigrants from societies that are largely segregated or in which women show neither flesh nor public affection to adapt to more open European societies.

….Mr. Kelifa, 33, attended the education program at an asylum center in this town near the western Norwegian city of Stavanger. Like similar courses now underway in the village of Lunde and elsewhere in Norway, it was voluntary and was organized around weekly group discussions of rape and other violence.

The goal is that participants will “at least know the difference between right and wrong,” said Nina Machibya, the Sandnes center’s manager.

A course manual sets out a simple rule that all asylum seekers need to learn and follow: “To force someone into sex is not permitted in Norway, even when you are married to that person.”

It skirts the issue of religious differences, noting that while Norway has long been largely Christian, it is “not religion that sets the laws” and that, whatever a person’s faith, “the rules and laws nevertheless have to be followed.”

…In Denmark, lawmakers are pushing to have such sex education included in mandatory language classes for refugees. The German region of Bavaria, the main entry point to Germany for asylum seekers, is already experimenting with such classes at a shelter for teenage migrants in the town of Passau.

…Many refugees “come from cultures that are not gender equal and where women are the property of men,” Mr. Isdal said. “We have to help them adapt to their new culture.”

The first such program to teach immigrants about local norms and how to avoid misreading social signals was initiated in Stavanger, the center of Norway’s oil industry and a magnet for migrants, after a series of rapes from 2009 to 2011.

Henry Ove Berg, who was Stavanger’s police chief during the spike in rape cases, said he supported providing migrants sex education because “people from some parts of the world have never seen a girl in a miniskirt, only in a burqa.” When they get to Norway, he added, “something happens in their heads.”

He said, “there was a link but not a very clear link” between the rape cases and the city’s immigrant community. According to the state broadcaster, NRK, which reviewed court documents, only three of 20 men found guilty in those cases were native Norwegians, the rest immigrants.

The claim that refugees and immigrants in general are prone to commit rape has become a main rallying cry of anti-migrant activists across Europe, with each case of sexual violence by a newcomer presented as evidence of an imported scourge.

Maybe it’s just me, but if you need to send people to classes to teach them not to rape women, they’re probably not the sort of people you want to bring into your country in the first place.