The DOJ misreported anti-Muslim graffiti[1] on a Missouri Mosque by leaving out very important details that will change one’s perspective on the crime. The DOJ reported it as an ordinary hate crime towards Muslims and the mean words spray painted on a mosque then seemed to  be from a random “hater” of Islam and a senseless act.  However, the vandalism was actually a pro-homosexual response to the way Muslims mistreat gays.

The DOJ only reported a few of the slurs spray painted onto the mosque, particularly leaving out the pro-homo vocabulary, thus misreporting this to gain traction on what may be a hidden pro-Islamic agenda. 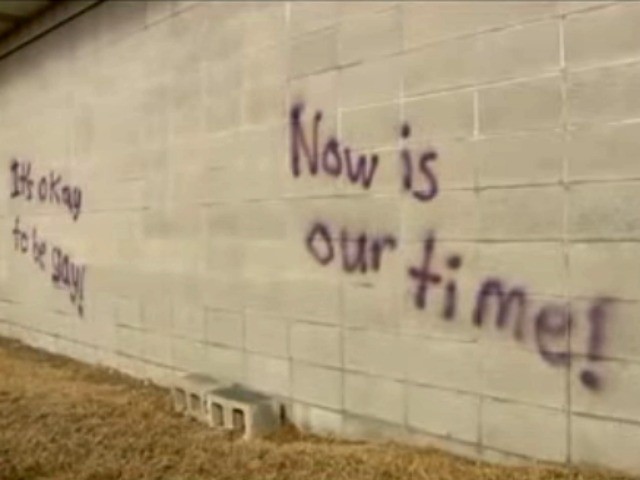 I’ve heard the saying “no homo” when people say something that seems gay, then in jest say “no homo.” I suppose now people can say “pro-homo” if they’re relaying a message in which they are trying to be gay.