Police In Sweden Are Targeted By 100 Masked Migrant Youths!

Swedish police in the city of Trollhattan were in the fight of their lives when they were attacked by up to a hundred disguised migrant youths armed with sticks and bats during a riot[1] in Kronogården suburb last Thursday. 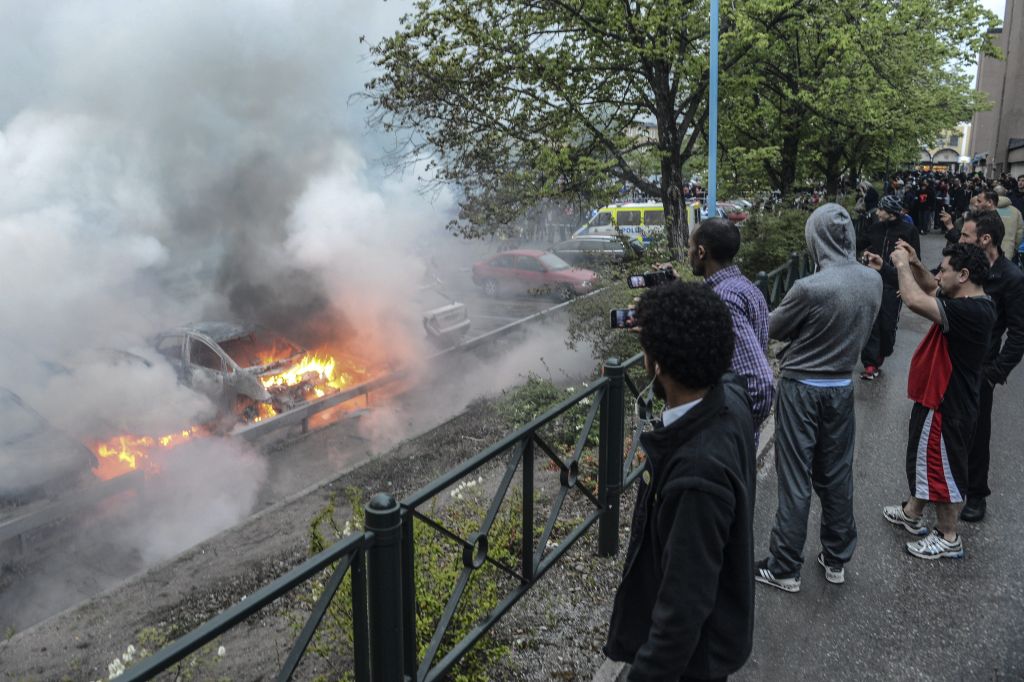 The riot is said to have viciously intensified after various youths tried to set a tire on fire in the street and a security guard stepped in to put out the fire. Bad move on his part, as the guard was then assaulted by the youths who threw stones at him.

Peter Asp is the communications officer for the City of Trollhattan and claimed that the riots were “power struggle for territory in the district” among contending gangs. He claimed that the young men smashing and damaging property were Somali migrants.

Police think that the riots were started up by an event earlier in the week, when children were taken away from their parents by protective services. An administrative court had found that the parents of the children had been abusing them physically and psychologically.

One resident who witnessed the riots described them:

“They drove a police car and threw stones at it. I’m a little scared, and it’s really hard. I can not sleep at night, that night I slept only three hours.”

The onslaught on police in migrant-heavy suburbs has become commonplace in Sweden in past years. A leaked report earlier this week revealed that the number of no-go zones had accrued by fifty percent, just in the past two years alone.

While on the official reports, the lists state 23 official “vulnerable areas,” other estimates say that there could be as many as 55 no-go zones in Sweden.

Good luck, Sweden. You did this to yourself.