I’m so not surprised by this. Linda Sarsour, the radical Muslim feminist who inspired the Women’s March in DC, is now being accused of enabling sexual assault and harassment against a woman who worked for her. This is being alleged by a woman who worked under Sarsour at the Arab American Association. It’s confirmed by two other sources who worked there as well. The woman brought allegations of groping and unwanted touching to Sarsour while she served as executive director. She turned on the woman, viciously berated and body-shamed her. According to the victim, the most serious allegations were dismissed because the accused was a “good Muslim” who was “always at the Mosque.”

“She oversaw an environment unsafe and abusive to women,” said Asmi Fathelbab. “Women who put [Sarsour] on a pedestal for women’s rights and empowerment deserve to know how she really treats us.” Fathelbab is a 37 year-old New Yorker, who was raised in a Muslim household. She worked with the Arab American Association of New York as a contractor in 2009. She is claiming Sarsour was an enabler of her attacker. 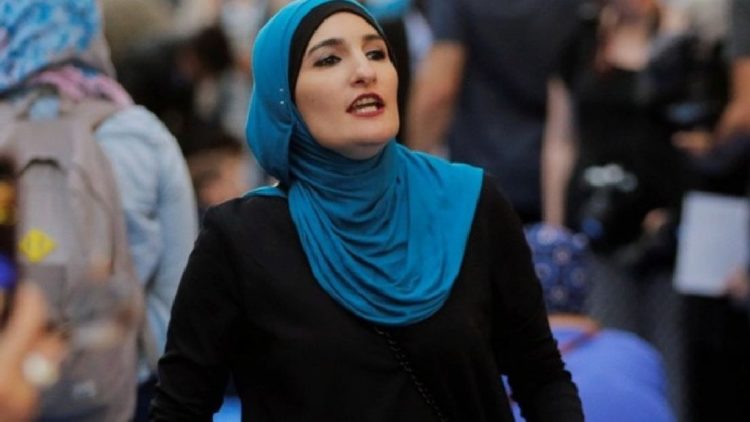 A man named Majed Seif, who lived in the same building where the Arab American Association offices are located, allegedly began stalking Fathelbab. “He would sneak up on me during times when no one was around, he would touch me, you could hear me scream at the top of my lungs,” Asmi Fathelbab said. “He would pin me against the wall and rub his crotch on me.” She says he would accost her with a full erection.

“It was disgusting,” she stated. “I ran the youth program in the building and with that comes bending down and talking to small children. You have no idea what it was like to stand up and feel that behind you. I couldn’t scream because I didn’t want to scare the child in front of me. It left me shaking.” She eventually reported the sexual assault to Sarsour. She dismissed her complaint. “She called me a liar because ‘Something like this didn’t happen to women who looked like me,’” Asmi says. “How dare I interrupt her TV news interview in the other room with my ‘lies.’”

Sarsour also threatened this poor woman with legal and professional damages if she spoke up. “She told me he had the right to sue me for false claims,” Asmi recalls, adding that the assaulter “had the right to be anywhere in the building he wanted.” After being attacked by Linda Sarsour, Fathelbab went to the president of the board of directors, Ahmed Jaber. “Jaber told me my stalker was a ‘God-fearing man’ who was ‘always at the Mosque,’ so he wouldn’t do something like that,” Fathelbab claims. “He wanted to make it loud and clear this guy was a good Muslim and I was a bad Muslim for “complaining.”

When Sarsour found out, she was furious with Fathelbab. She proceeded to write her up for it. She also forced the woman to speak with a detective from the community liaison division about the consequences of making false claims to the authorities. After her contract ended, Sarsour vowed to make sure the woman never worked in New York again. “She told me I’d never work in NYC ever again for as long as she lived,” Asmi says. “She’s kept her word. She had me fired from other jobs when she found out where I worked. She has kept me from obtaining any sort of steady employment for almost a decade.”

Basically, Sarsour said the woman was a liar because she was overweight and what she considered unattractive. One person said that, “Sarsour is only a feminist outwardly. Her interactions toward women in that building were atrocious. She would protect the patriarchy and in return they would promote her.” Sarsour is said to have done this to others as well. She sounds like an abuser and an enabler to me.