Although I know that wickedness has never promoted rational thought, I still cannot even begin to understand how people can be so completely full of darkness, with zero remorse or concern for anyone they are terrorizing. 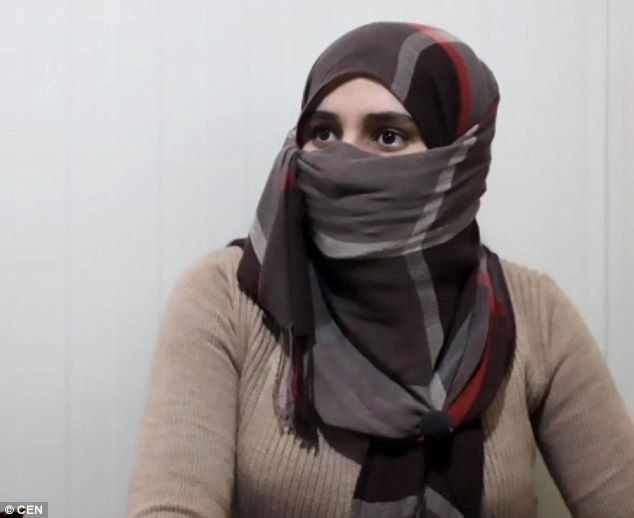 It’s horrible and stories like this make it very hard to want to live on this planet anymore[2].

This woman has suffered and has had to endure being an ISIS sex slave, and although now she has escaped her enslaver, she is far from free. She revealed how she had her jihadist tormentor killed in order for her to escape him.

She was somehow able to contact the IRAQ military with his coordinates and order an airstrike on him as she fled after a full two years of being “treated like an animal.”

Her name is Farida and she is only 27 years-old and now living in a refugee camp.

‘An ISIS fighter kept me as a slave’, she said. ‘But he still had a wife. She also wanted to flee.’

Working together, the two women hatched a plan to kill the terrorist, managing to communicate with the Iraqi Army to describe the exact position of his car so an air strike could take him out.

She said: ‘We hid for eight days, so people thought we had died in the car too. Only then did we escape.’

She has been reunited in the refugee camp with her husband, who was on police duty in another part of the country when she was abducted.

‘I tried to keep my honour, but I have not succeeded. They have abused and beaten me, treated me like an animal. I have barely words to describe what happened to me’, she added.

In another harrowing account, Waheda Musa, 32, and her son Matu, seven, have been reunited with their family for the first time in two-and-a-half-years.

After leaving Mosul they managed to escape to the safety of Dohuk, in northern Iraq.

Recalling her ordeal in Mosul, she said: ‘They tormented my son, trained him to use weapons and as punishment imprisoned him in cages.’

They were living in a town close to Sinjar, in northern Iraq, and home to thousands of Yazidis [who are predominantly ethnically Kurdish and viewed by ISIS as as devil-worshippers), when it was captured by the terror group in 2014.

Following that, Waheda was taken as a sex slave by ISIS.

‘They have sold me five times. I was exhibited as if I were at a cattle market, first to men from Saudi Arabia, later to Jordanian fighters’, she said.

She eventually managed to win the trust of a Tunisian female fighter who paid to traffic her out the area.

‘I can hardly believe my son and I are really alive’, she said.

Elsewhere Miyasa Hodor, who is believed to have been imprisoned in Mosul two years ago, admitted the terror group coerced her into torturing more than 50 women a day.

She gave a shocking account of the first time she was forced to flog another woman, claiming a militant stood behind her and threatened to whip her when she refused.

She told Sky News: ‘For adultery, you would be stoned to death. For stealing, they cut off your hand. And for not wearing the veil, whipping.

‘I had no training. My duty was to punish those who weren’t wearing gloves or socks or the veil. They brought us about 50 people a day.’

These accounts come as the Iraqi Observatory for Human Rights reveal that 197 children have been taken hostage and the terror group that has taken them plan to use them as human shields.

These are the kind of things that you can’t even dream up in a nightmare. You couldn’t make this sort of wickedness up even if you tried. It’s just…heartbreaking and maddening all at the same time.

As we pray for our president and our nation, let’s also pray for this world. Planet earth is growing darker and darker everyday. We need the blessings of divinity.