Really Islam? Teachers are Refusing to Teach THIS Out of Respect For the Religion

The easiest way for Islam to defeat the West is by forcing us to capitulate to their bloodthirsty values. And apparently, they’re already successful at that in Great Britain. 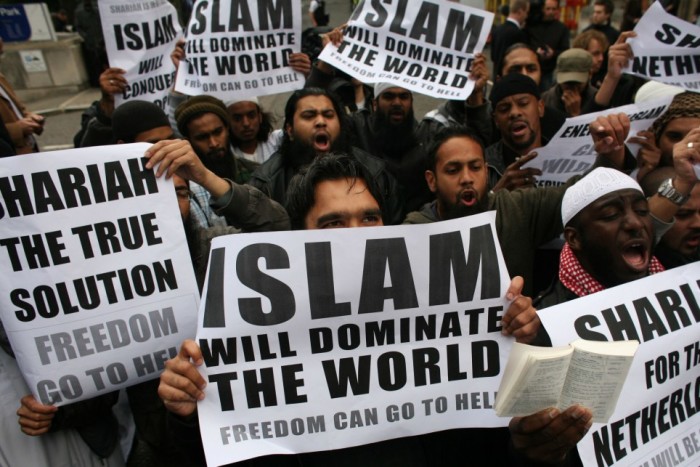 Once upon a time this song was sung by our cousins across the Atlantic:

Sadly, not any more, as reported by Jihad Watch:

Teaching children fundamental British values is an act of “cultural supremacism,” teachers have said, as members of the National Union of Teachers (NUT) vote to replace the concept with one that includes “international rights.”

…teachers argue “fundamental British values” set an “inherent cultural supremacism, particularly in the context of multicultural schools and the wider picture of migration.”

The motion, which was passed at the NUT’s annual conference in Brighton, also calls for a campaign to promote “policies that welcome migrants and refugees into Britain” and called on members to “gather and collate materials on migrants and refugees” to be used in schools.”

Islam didn’t even need to work that hard to conquer the West. All they had to do was take advantage of politically correct liberals and complain a lot, and we laid right down for them to walk all over us.