Yes, the terrorists who murdered people in San Bernardino were Muslims. Additionally, they did murder people because they believed it was their religious duty to do so, but you better not say so or you’re intolerant[1]! 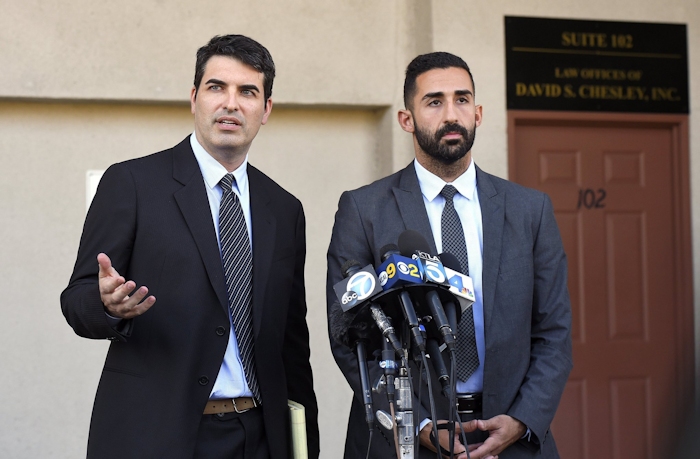 A lawyer for the suspected Islamic husband-wife duo responsible for killing 14 people in California chided the press to stop referring to them as “Muslim shooters” Friday afternoon.

“Until there is absolute clear evidence, every headline doesn’t have to say ‘Muslim massacre’ or ‘Muslim shooters,’” Syed Farook’s family attorney David Chesley said. “Because it’s going to cause intolerance and what we need right now is forgiveness. I think although there were Muslim people and Muslim families involved in this incident, as a primarily Christian nation, I think we’re a people of mercy and forgiveness, and I think we need to avoid bigotry, stereotyping.”

…However, the massacre in San Bernardino is being investigated by the FBI as an act of terrorism. The New York Times reported Farook’s wife Tashfeen Malik pledged allegiance to the Islamic State terrorist organization the same day they carried out their rampage.

Sure, his clients may have murdered people, but you’re the bad guy if you point out that they’re Muslims who killed because of their faith.