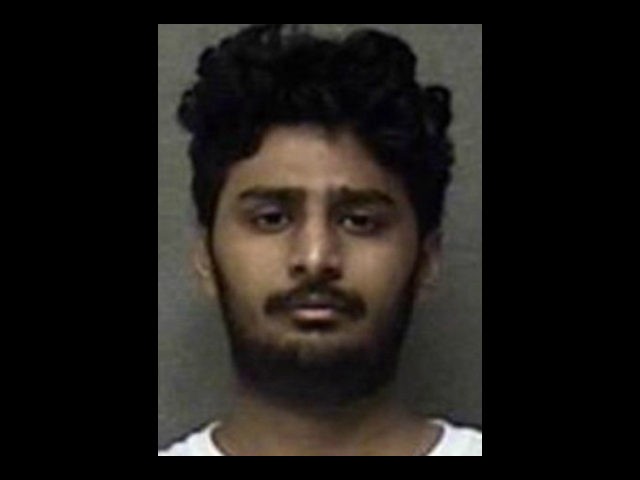 What happens when a Saudi Arabian university student starts trying to “forcibly” convert his fellow shoppers to Islam in the middle of a Goodwill store?

In Trump’s America, they get deported. Fast.

Khalid Sulaiman Bilal, 24, was arrested on March 25th of this year after being accused of harassing shoppers in a Goodwill store in Muncie, Indiana. He was charged with 15 different crimes including threatening other shoppers, resisting his arrest, attacking the police who were called on him and of choking one of the store’s clerks[2]. The clerk, too, was threatened with death if she did not convert.

What a nice guy.

Bilal is a former student of Ball State University from the above description (some of which were police reports and some were filed by the U.S. Department of Homeland Security). Further, two days after the Goodwill incident, he was accused of striking a hospital police officer in the face.

Fox News reported[3] on Bilal back in March:

Bilal allegedly entered the store and began forcefully trying to convert people to Islam while claiming to be the Prophet Muhammad and trying to place his hands on them. He struck and strangled an employee and told her he would kill her if she didn’t convert to Islam. He attacked responding officers, breaking one of the officer’s hands and repeatedly kicking the other. During the scuffle, Bilal yelled “Allahu Akbar,” a phrase meaning “God is greater” and commonly used by Islamic radicals before a violent attack, according to an affidavit filed by Homeland Security.

Allahu Akbar is, of course, Arabic for Nothing to see here.

Thanks to that DHS investigation, Bilal has now been deported back to Saudi Arabia, where he can hit cops and choke out female Goodwill employees all he wants. A Delaware County chief deputy prosecutor has recommended that most of his charges should be dropped, because the defendant in question is no longer their problem.