Full disclosure…[1] I quit watching ‘DC Legends Of Tomorrow’ a season or so ago, because they were pushing the gay agenda really heavily and they are anti-gun. This season, they are going even further it would seem. They are adding a female Muslim superhero named, wait for it, Isis. Tone deaf much? Supposedly after the Egyptian Goddess and not the butchering Jihadists. Zari Adrianna Tomaz is a Muslim hacktavist from the future. She’s a gray-hat, meaning good and bad. She found her powers after living through bigotry, persecution and the harming of our planet. Where do I vomit?

The reason for the addition is, you guessed it, the election of Donald Trump and the negative environment he has created. Puh-leeze. Bonus! The actress playing the part is Iranian. Zaria Adrianna Tomaz will be portrayed by Iranian actress Tala Ashe. And here is Ashe with her skewed view on the world: “When I was growing up watching television,” she explained, “I didn’t see anyone who looked like me. When I think of the kid version of myself, I think it broadens your perspective. What I think is so lovely about this show is that the Legends are this tapestry that represent America today.” Uh yeah… not. 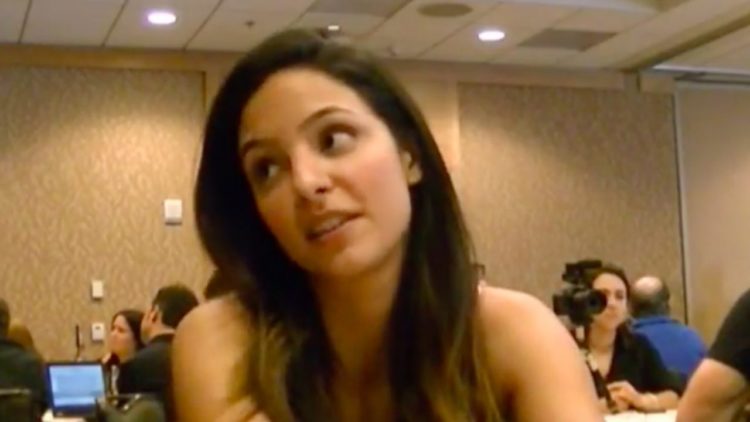 The executive producer of “DC’s Legends of Tomorrow” says that part of the motivation for adding a Muslim superhero to the show was the “political climate” after the 2016 election. He made the comments Wednesday [3]at the Television Critics Association press tour in Beverly Hills.

“You might have heard there was this election,” said Marc Guggenheim.

“Not to get political, but something that we all gravitated toward in the writers room was making this character Muslim,” he explained.

The new hero will be introduced in the upcoming third season of the show. She is named Zari Adrianna Tomaz, a Muslim computer hacker from the future. Ironically, and rather unfortunately, the superhero is based on a character already introduced in comic books – named “Isis.”

In an interview about her character, Ashe states that the Muslim superhero reacts to the rise of populism in 2017 and challenges the other heroes to change history to avoid the future dystopia she comes from. So, take out Trump perchance? Boy, talk about transparent. I would suggest to parents that they keep their children away from this show. Far away.

It’s a pity, because I love superhero shows and Marvel comics. But they’ve turned them into political propaganda for leftists and Marxists. This wasn’t a coincidence. It was meant to put the President in a bad light and sway young minds. There’s nothing innocent about that. Executive producer Phil Klemmer added, “We’re all looking toward the day when 2017 is in the history book and hopefully isn’t the last day in the history book. I find the current world difficult to comprehend.” That’s because he doesn’t live in the real world and he embraces every perverted, immoral agenda out there. Next up for the show, more women… because feminism[4]. No thanks.