Whipped in Public for Daring to Go On a Date: Unmarried Couples are Flogged for Violating Sharia Law [VIDEO]

Sharia law is creeping into western civilization a little at a time and people don’t seem to realize just how terrible sharia law actually is. And we just got a brutal example[1] in Indonesia. 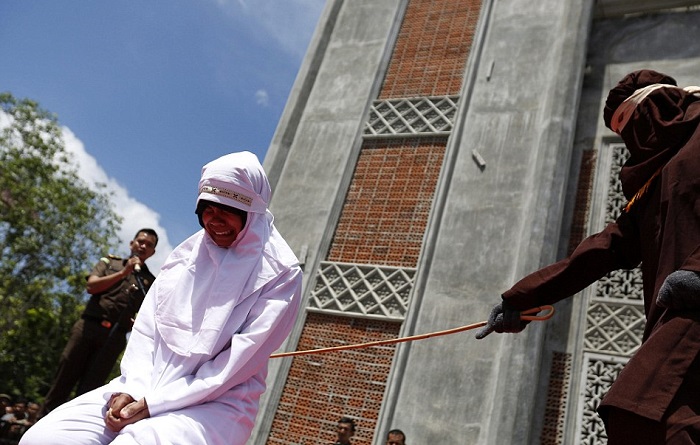 This is the moment three young couples were savagely whipped in public – after they violated Sharia law by going on dates.

Harrowing pictures show one woman crying out as she is repeatedly lashed with a cane at Al Furqon Mosque in the city of Banda Aceh, Indonesia.

Separate images show a man standing as he received the same brutal punishment.

In total, three Acehnese couples were sentenced to receive public lashes for violating Sharia law in a brutal new crackdown in the region.

Under the law men and women, who are not spouses, are not allowed to get too close due to the ‘khalwat’ offence – and punishment is by public caning.

Aceh is the only province in the world’s most populous Muslim-majority country that is allowed to implement Islamic Sharia law.

It’s unthinkable that people can be caned just for being in the company of a person of the opposite sex. But this is what Sharia law is. It’s horrible and it’s unacceptable.