President Obama hosted French President Francois Hollande and numerous world leaders in DC for the Nuclear Security Summit. The French President mentioned the following two words (in French) during a press event, and it seems like Obama or other correspondents from the White House rushed to have the words ISLAMIST TERRORISM[1] removed from the official transcript of the event. That’s very odd. 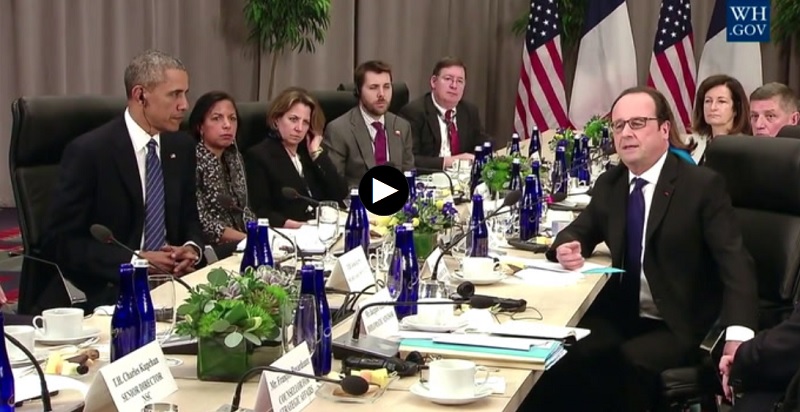 “And we note that Daesh is losing ground thanks to the strikes we’ve been able to launch with the coalition. We are continuing to support Iraq. …

I don’t know why anyone needs to censor words at the adult and government level. They’re all adults in highly regarded leadership positions. It’s OK to say those words.

Why is it that we can suffer through 9/11, but can’t say a few words that might suggest the truth?

Whose team is Barry on?