Herman Cain Just WIPED The Floor With Kerry And His Anti-Israel Speech In Just 1 Sentence! [VIDEO]

Americans were already angry about Obama’s betrayal of one of our closest allies, Israel, by backing a United Nations resolution that condemned Jewish settlers on the West Bank. Then John Kerry gave an awful speech about it, infuriating people even more with its blatant anti-Semitism, even making Democrats angry. Wednesday, outspoken conservative Herman Cain talked about the issue and he only needed one sentence to wipe the floor with both Kerry and Obama[1]. 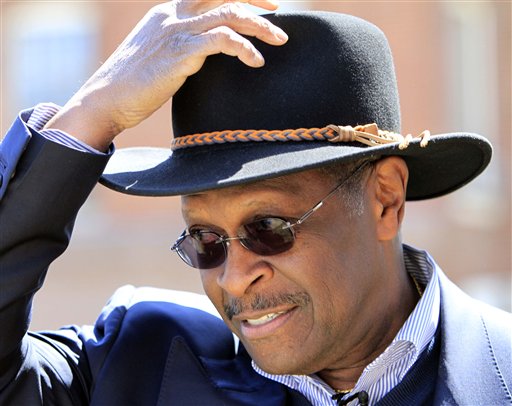 Cain appeared on Fox News’ “Outnumbered” and he made a joke that has a lot of truth to it. “The only thing worse than a one hour-plus speech by John Kerry is a one-hour speech by President Obama,” he remarked. It’s certainly true that both men give pompous speeches that serve no purpose beyond allowing them to fall even more in love with the sound of their own voices, while delivering more pain for Americans.

Kerry’s speech was based on a flawed premise, Cain argued, which is that the Palestinians could ever be willing to coexist peacefully with Israel. “Security is the most important thing. If you demand that the occupied territory be given to the Palestinians, Israel becomes a sitting duck,” Cain said. “This is why Benjamin Netanyahu and the Israelis are simply not going to go along with that approach.”

It wasn’t just Herman Cain delivering some epic truth bombs, though. Fox News contributor Eboni Williams also pointed out how ludicrous blaming violence in the West Bank on Jewish settlements in Jerusalem — something that defies all logic and history.

It all comes down to “recognition of Israel’s right to exist,” Williams said. “Until that is acknowledged, really in Arabic, by the Palestinian people, we can’t move forward with this.” But then, Obama and Kerry both hate Israel, so they will never press for the Arab world to accept Israel.

Watch the whole video below: