Iran has successfully test-fired a precision-guided[1], long-range missile, with a range of hitting Israel. It can carry multiple warheads. It is a devastating weapon which we helped fund. Israel is running out of time. If she is going to attack this beast, she had better do it soon. It may, in fact, be already too late. I understand the accuracy of this missile is impressive. The North Koreans and the Iranians have long worked together on these missiles. Looks like they’ve been successful. They say this is for their strategic deterrence capability, but that’s not all it’s for – count on it. Iran claims they will be able to control the missile until the moment of impact and to hit targets “with high precision.” 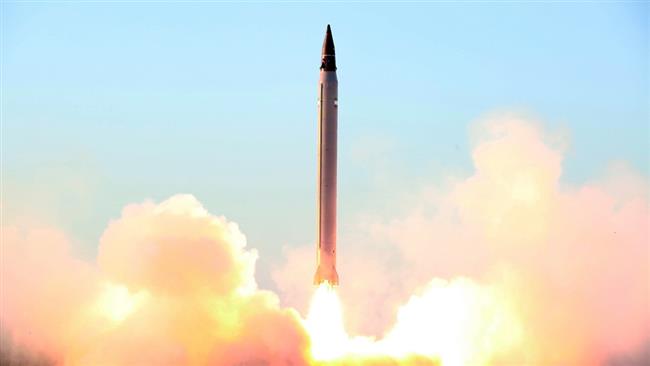 The Emad (Pillar) surface-to-surface missile, designed and built by Iranian experts, is the country’s first long-range missile that can be precision-guided until it reaches its target, said Brig. Gen. Hossein Dehqan, Iran’s defense minister.

“To follow our defense programs, we don’t ask permission from anyone,” he said, according to state-run news agency IRNA.

The new rocket is “capable of scrutinizing the targets and destroying them completely,” IRNA reported.

The Emad would be Tehran’s first precision-guided missile with the range to reach its enemy, Israel.

Israel is bitterly opposed to Iran’s nuclear program, and observers have speculated that it could be prepared to launch pre-emptive strikes on Iranian nuclear sites[3] in an effort to derail their progress.

Anthony Cordesman, a researcher at the Center for Strategic and International Studies, wrote in October last year[4] that the Emad was a variant of Iran’s existing Shahab-3 long-range missile, “but with a maneuvering reentry vehicle to improve system accuracy and complicate missile defense.”

The rocket could carry a 750-kilogram (1,653-pound) payload and was scheduled for deployment some time after 2016, he wrote.

The Shahab-3 is based on the Nodong, a North Korean missile, according to a paper by Michael Elleman[5], a researcher at the International Institute for Strategic Studies, a UK-based think tank.

Cordesman’s report said Tehran has been steadily developing its missile technology, focusing in particular on improvements to guidance systems.

Iran’s air force, once the largest in the Gulf, degraded following the break with the West that occurred during the 1979 revolution, due to a lack of access to spare parts, maintenance and pilot training, according to Elleman.

Since then, Tehran has focused on developing its missile capability, and now boasts the “largest and most diverse ballistic missile arsenal in the Middle East,” according to Elleman. Israel’s stockpile was more capable, but smaller, he wrote.

Iran’s missile program is being closely watched around the world, with Washington leading international efforts to stymie the growth of Tehran’s arsenal.

When Tehran announced in February last year[6] that it had successfully test-fired a laser-guided surface-to-surface and air-to-surface missile and a long-range ballistic missile capable of carrying multiple warheads, the Pentagon spokesman at the time, Adm. John Kirby, described the missile program as “a dangerous threat to the region.”

Since 2003, concern over Iran’s nuclear program has grown as Iran and the International Atomic Energy Agency spar over Iran’s growing capability.

Iran’s Supreme Leader Ayatollah Ali Khamenei has insisted Iran is not building a bomb and says weapons of mass destruction are forbidden under Islam.

In July, negotiators from Iran, the United States, China, Germany, France, Britain and Russia reached a deal on Iran’s nuclear program[7], agreeing to reduce the number of Iranian centrifuges by two-thirds. The agreement bans enrichment at key facilities and limits uranium research and development to the Natanz facility.

Obama is the only one sticking to the nuclear deal with Iran. Iran has just gone off and continued militarily to do what they were doing any way, only now they have 150 billion dollars to help them speed up their war plans thanks to Obama. This program is indeed a very dangerous threat to the region. Actually, that is understating it. Iran is now the controlling force in the Middle East. They are part of the new Axis of Evil… Russia, China and Iran. You can see that at play in Syria. So much for toothless UN resolutions. Israel is surely watching this and making plans.