Israel Releases Footage Of An Iranian ICBM That Could Reach And Strike The US! [Video]

So, tell me again why our President[1] is threatening to veto any new sanctions against Iran? Why our Marxist leaders are insisting that Iran has a right to nuclear power, which in reality is nuclear warfare capability? Are we on the wrong side, suicidal or both? Obama is knowingly releasing the worst of the worst from Gitmo to go back and actively command and assist these terrorists. This isn’t some far off battle that doesn’t affect us. Iran’s missiles can now reach the United States! And it isn’t just them – it’s Russia and China too. They are literally salivating at the thought of taking us down and Obama is helping them. Please give me one shred of evidence he is not aligned with our enemies, given that he is gutting our military at a time when the world is on fire and an Islamic Caliphate is rising, waging global war and conquest. 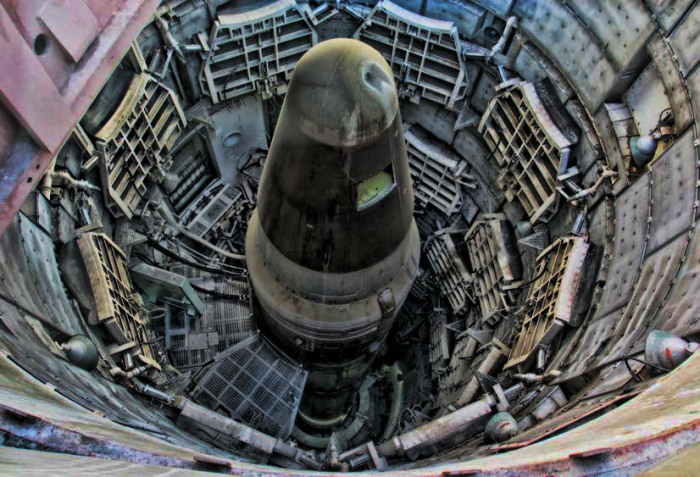 Two years ago the Pentagon warned that Iran was dangerously close to reaching
the ability to strike the U.S. with Inter-continental Ballistic Missiles. According to
new video footage from an Israeli satellite, it appears they may already be there.

On Wednesday night, Channel 2 showed satellite imagery taken by Israel’s Eros-B satellite that was launched last April. The imagery showed new missile-related sites that Iran recently constructed just outside Tehran. One facility is a missile launch site, capable of sending a rocket into space or of firing an ICBM.

On the launch pad was a new 27-meter long missile, never seen before.

The missile and the launch pad indicate that Iran’s ballistic missile program, which is an integral part of its nuclear weapons program, is moving forward at full throttle. The expanded range of Iran’s ballistic missile program as indicated by the satellite imagery makes clear that its nuclear weapons program is not merely a threat to Israel, or to Israel and Europe. It is a direct threat to the United States as well.

Weakness is sensed by all our enemies around us and it acts like an aphrodisiac in wartime. I might also remind everyone that there is a Russian naval warship docked in Cuba, while our diplomats are over there cuddling with dictators. You are known by who you associate with. You might ask yourself why Obama has such a fondness for Islamo-fascists and dictators. Iran is about to go nuclear and they now have a delivery system that will put it in our laps. Well done, Progressives.