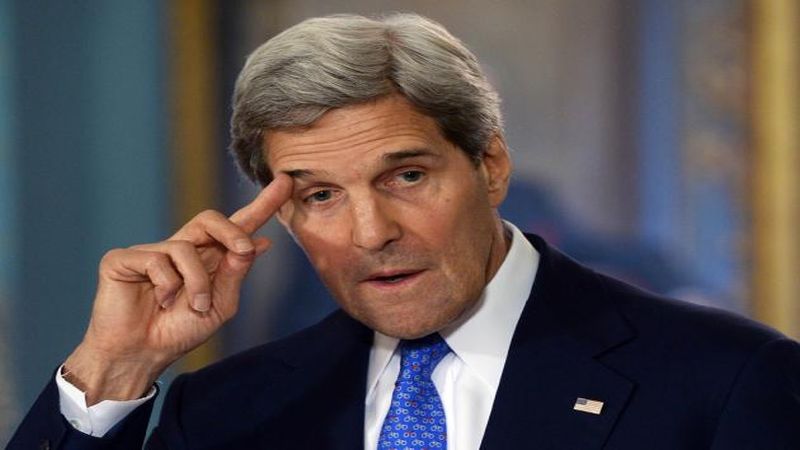 As Allahpundit[2] notes, this was the anti-Israel speech Kerry has been practicing in the mirror for years, which certainly had the approval of Mr. Obama, what with just a few weeks left in his administration

(Politico[3]) In a lengthy, at times bitter speech boiling over with frustration, outgoing Secretary of State John Kerry on Wednesday accused the Israeli government of risking future prospects for peace with the Palestinians by adopting the right-wing agenda of the mushrooming Israeli settler movement.

And Kerry did so knowing that, in just three weeks, Donald Trump will likely do his best to undermine everything he just said.

Interesting. Kerry seems good with the ultra-leftist agenda of Cuba, in opening up relations, as well as the theocratic and terroristic agenda of Iran. Cuba throws dissidents in jail (among other human rights abuses), and Iran has the green light to build nuclear weapons at the end of the Iran deal in about 10 years, yet, building a few settlements in land Israel won after being attacked? A bridge too far for Kerry, apparently.

Using language rarely heard from a U.S. secretary of state, Kerry warned that the settlers’ growing political power would eventually force Israel to make a fateful choice: “Israel can either be Jewish or democratic – it cannot be both – and it won’t ever really be at peace.”

Again, interesting. Israel is the only nation in the Middle East where Muslims actually have democratic rights and protections under a stable system of law. How are Jews treated in other middle eastern nations? As you can guess, this anti-Semitic comment[4] from Kerry didn’t go over so well.

And he blasted Israeli Prime Minister Benjamin Netanyahu in strident terms, calling his ruling coalition “the most right-wing in Israeli history, with an agenda driven by the most extreme elements.” Those elements, Kerry said, are now “defining the future of Israel, and their stated purpose is clear. They believe in one state: greater Israel.”

What are they supposed to believe in? An Israel wiped off the map, as we see from many nations and terrorist groups, along with the United Nations? Israel gives land to the Palestinians, who respond by launching rockets at civilian areas.

Kerry did not give the Palestinians a free pass. He decried acts of terrorism perpetrated by individual Palestinians and groups such as Hamas, which he said was pursuing “an extremist agenda” and refused “to accept Israel’s very right to exist.” But his harshest words were reserved for Israel and Netanyahu in particular.

Right. Attack our ally while going soft on the terrorists. Of course, to Leftists like Kerry, Israel is the terrorist in this situation. That’s their mindset. They hate Jews and love Muslim terrorists. And they want Israel to make concession after concession to people who do not acknowledge Israel’s right to exist.