Israel asked for help, and of course, this happened: 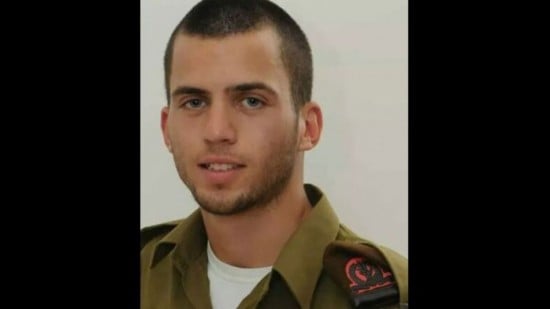 Israel made an urgent appeal to the FBI for help in trying to determine the remote source or information that would be stored on Facebook servers indicating the location where Oron’s page had been hacked into. Upon receiving the request from Israel in Washington on July 21, the FBI immediately issued a “preservation letter” to Facebook ordering them to preserve all data saved on their server pertaining to the Oron’s account.

At 4:25 p.m. on July 21, the FBI contacted a United States Attorney’s Office in a nearby district to initiate the legal process to get a court order to serve Facebook for server information on the account belonging to the soldier. […]

To be sure, the IDF was using all other available intelligence means – technical and human – to try to determine the fate of its missing soldier.

The attempt to secure information via the soldier’s Facebook account was just one of the multiple efforts being made by the IDF but deemed a “worthy shot” by a senior Israeli military official. So as these other efforts were under way, time was ticking away on the Israeli request to the FBI to get vital Facebook server information on the Hamas terrorists who had either kidnapped Oron or seized his remains. The more time elapsed, the less the odds of finding the soldier.

But the next day, July 22, the US Attorney’s Office received a startling response from the FBI: “Thank You for your effort, input and assistance. I regret to inform you we have been denied approval to move forward with legal process.

We were told by our management we need a MLAT [Mutual Legal Assistance Treaty] in order to continue to assist our partner with the request in question.” Those words put an immediate halt to the Israeli request.

Prosecutors familiar with their use say that an MLAT would definitely not be used in an urgent life-or-death intelligence or counter-terrorist incident, especially with a close ally such as Israel. “In a pressing court matter, there is no way the USG would invoke an MLAT with a close ally,” said a veteran prosecutor who has worked on international counterterrorism cases.

“For those working this case, they felt this decision was tantamount to a death sentence. Nothing less.”

And thus, the FBI was never able to supply Israel with any information on Oron’s Facebook account that might have led to the location of the soldier or his remains that had been seized by Hamas.

It’s also clear that there was no guarantee that this information, once obtained, would have located the terrorists or Oron.

Three days later, on July 25, after an exhaustive forensic investigation, the IDF concluded that Oron Shaul was dead.

To this day the soldier’s body, as well as that of another soldier who died in battle, Lt. Hadar Goldin, remain in the hands of Hamas.

If this was your son or daughter, how would you feel? That you were promised help and DENIED. That your child/brother/sister/aunt/uncle could have had a glimmer of hope towards survival if they had gotten it. This is a poor showing to the world of the type of nation we are, and a poor example of the way we will treat our supposed ‘allies’. May God save us all from Obama’s America.