Obama’s Betrayal of Israel and Arming of Iran 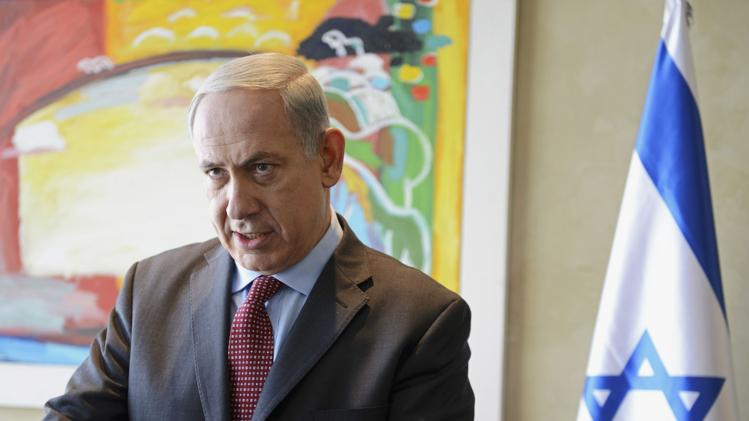 Obama’s betrayal of Israel is stunning and completely predictable. It’s right on schedule along with the four horsemen of the Apocalypse. I don’t know how anyone could be surprised by this. Whispers are on the wind that a nuclear deal is within reach between the US and Iran, but the US has already been quietly lifting financial sanctions, enabling the terrorist Islamic state. While Obama and his Muslim acolytes have been busy emboldening, financing and arming Iran to destroy tiny Israel, he has distracted America with a myriad of emergencies and shiny objects all of which spell death to Israel and eventually death to America. The infidels have been duped and Iran is now simulating missile attacks[2] on Israel, getting ready for the big show to come:

An agreement between the United States and Iran[3] over the latter’s nuclear program seems imminent, but the charm offensive in Geneva is not mirrored at home. In Tehran, the Iranian government sent a different message with a broadcast on state television of a simulated missile attack on Israel.

The hour-long documentary program included segments about the capabilities of Iranian missiles and the possibility of their use in response to foreign threats. The program included a video simulation of a potential response by Iran to an Israeli strike on its nuclear facilities.

Among the targets shown are the Azrieli Towers and the Kirya in Tel Aviv, the IDF[4] base Tzfirin in central Israel, a generic missile launch site, Ben Gurion Airport, and the nuclear reactor at Dimona. The targets were circled on Google Maps, and the video finished with real pictures of casualties from the Second Lebanon[5] War.

Obama and the Progressives screamed to high heaven over cross-hairs being used on targets in connection to guns and Sarah Palin — Iran attacking Israel, not so much. The Obama Administration began softening sanctions on Iran[6] right after the election of Iran’s new president in June, months before the current round of nuclear talks in Geneva or the phone chats between the two power brokers in September. That was five months ago and long before that, all of this was already a foregone conclusion. Obama never intended to stop Iran or protect Israel. Quite the opposite. We all saw it coming and no one did a thing to stop it. Shame on all of us. All of the feigned pressure on Iran’s banks, the squeezing of their coffers has been for show. Like everything else to do with Obama, it is a lie… a show for the masses and merely gauze covering his true intentions. Obama wants a Caliphate; he wants a worldwide Islamic supremacy and he kneels before Islam[7]:

A review of Treasury Department notices reveals that the U.S. government has all but stopped the financial blacklisting of entities and people that help Iran evade international sanctions since the election of its president, Hassan Rouhani, in June.

On Wednesday Obama said in an interview with NBC News[8] the negotiations in Geneva “are not about easing sanctions.” “The negotiations taking place are about how Iran begins to meet its international obligations and provide assurances not just to us but to the entire world,” the president said.

Not only is this Islamic theater, it makes a laughing stock of America which is Obama’s intention[9]:

Mark Dubowitz, the executive director of the Foundation for the Defense of Democracies, an organization that has worked closely with Congress and the administration on devising the current Iranian sanctions, said the slow pace of designations was only one kind of sanctions relief Obama has been offering Iran.

“For five months, since Rouhani’s election, the United States has offered Iran two major forms of sanctions relief,” Dubowitz said. “First there’s been a significant slowdown in the pace of designations while the Iranians are proliferating the number of front companies and cutouts to bust sanctions.”

The second kind of relief Dubowitz said the White House had offered Iran was through its opposition to new Iran sanctions legislation supported by both parties in Congress.

By Dubowitz’s estimates, Iran is now selling between 150,000 and 200,000 barrels of oil per day on the black market, meaning that Iran has profited from the illicit sale of over 35 million barrels of oil since Rouhani took office, with little additional measures taken by the United States to counter it.

“Sounds like Obama decided to enter the Persian nuclear bazaar to haggle with the masters of negotiation and has had his head handed to him,” Dubowitz said.

The U.S. Treasury, secretly, stopped the “blacklisting of entities and people” who help Iran get around all those so-called “crippling” sanctions that have been going on for years with no success. When Rouhani replaced Ahmadinejad, the changes began. The Treasury “blacklist” had more than 100 names and entities add to it in the six weeks leading up to the Iranian elections. Since the election, the Treasury has added “six people and four companies” to the list of violators.

In America today, for many reasons, the U.S. Treasury is among our fiercest enemies and while Obama is doing what he’s “really” good at, “killing,”[11] taking out al-Qaeda leaders who are quickly replaced, he is aiding the militant extremists at the top of the ruling hierarchy to grab more control of their people and the goal of a dominant Islam.

Netanyahu and Israel are stating that the US negotiating with Iran is a mistake of historic and epic proportions[12]. I would call it apocalyptic. While Kerry clownishly plays at diplomacy, he just can’t hide his evil, smirkish glee at sticking it to the Little Satan. Selfish, globalist, wealthy elitist that he is, Kerry believes he is above the fray. But just like Obama and the rest, when they have served their purpose, they will most likely meet their end as all despotic tyrants do — violently. If not, they will be protected while others die which they are fine with and their fate will be determined by God who, I wager, will have a thing or two to say to them.

In the meantime, Israel will not go as a lamb to the nuclear slaughter and will not be bound with deals with the devil[13]:

Netanyahu warned Kerry and his European counterparts that Iran would be getting “the deal of the century” if they carried out proposals to grant Tehran limited, temporary relief from sanctions in exchange for a partial suspension of, and pledge not to expand, its enrichment of uranium for nuclear fuel.

“Israel utterly rejects it and what I am saying is shared by many in the region, whether or not they express that publicly,” Netanyahu told reporters.

“Israel is not obliged by this agreement and Israel will do everything it needs to do to defend itself and the security of its people,” he said before meeting Kerry in Jerusalem.

The US is on the wrong side[14]. We have gone to bed with evil and are actively assisting it. This will not end well for America. It is becoming more and more obvious that we have learned nothing from history and we have turned our back on God. If so, He will surely turn His back on us for betraying His people. America has allowed Islamists and Marxists to infiltrate her government and positions of power. We have willingly submitted to Progressive diktats and humbled ourselves before a dictator, eschewing our Founding Principles and our Constitution in the name of security and equality. What does one call self-induced slavery and national suicide? When does the freest nation the earth has ever known, slip over the edge into totalitarian darkness and did anyone even notice?

Israel’s mistake was even bothering to listen to Obama and his cohorts. They should have known better. But they wanted to show the world that they were better than the tyrants; that they made every effort to avoid war and bloodshed. For their attempts, they are being rewarded with lies, deception and betrayal. They may be rewarded with war and death. In the end, God walks with Israel and I’ve got to tell her enemies, I wouldn’t want to be you guys. No way. ‘Vengeance is mine,’ sayeth the Lord.

Netanyahu made a very timely statement[15] from the Israel on the eve of a possible nuclear deal between the US and Iran:

“I met Secretary Kerry right before he leaves to Geneva,” said Netanyhau. “I reminded him that he said that no deal is better than a bad deal. That the deal that is being discussed in Geneva right now is a bad deal. It’s a very bad deal. Iran is not required to take apart even one centrifuge. But the international community is relieving sanctions on Iran for the first time after many years. Iran gets everything that it wanted at this stage and it pays nothing. And this is when Iran is under severe pressure. I urge Secretary Kerry not to rush to sign, to wait, to reconsider, to get a good deal. But this is a bad deal–a very, very bad deal. It’s the deal of a century for Iran; it’s a very dangerous and bad deal for peace and the international community.”

Right he is and it falls completely on deaf ears[16] and blind bureaucrats. While Netanyahu slams Obama and Kerry on their groveling before the Mullahs, Israel girds her loins for war. She will stand alone. Obama’s betrayal of Israel and arming of Iran is almost complete. Next up… nukes, missiles and EMPs, oh my.