It’s seemingly obvious: the United States should not be funding terrorists. Yet for some reason, Palestinians still receive aid from the U.S. government — unless a bill that Rand Paul just introduced is passed. 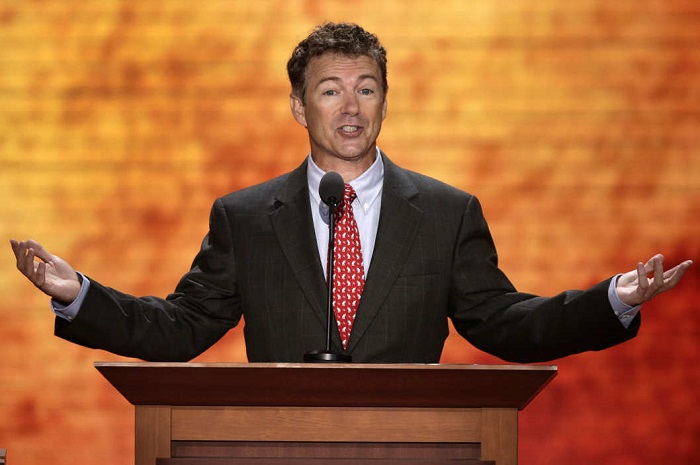 Republican Sen. Rand Paul introduced a bill on Wednesday that would immediately halt U.S. aid to the Palestinians until they halt their effort to join the International Criminal Court to pursue war-crimes charges against Israel.

Palestinian President Mahmoud Abbas’ recent turn to the international court at The Hague marked a major policy shift and transformed his relations with Israel from strained to openly hostile. Abbas has been under heavy domestic pressure to take stronger action against Israel after a 50-day war between the Jewish state and militants in Gaza over the summer, tensions over holy sites in Jerusalem and the failure of the last round of U.S.-led peace talks.

While Palestinian membership in the court doesn’t automatically incur U.S. punishment, existing law says any Palestinian case against Israel at the court would trigger an immediate cutoff of U.S. financial support. The Kentucky senator’s bill would ban assistance until the Palestinians stop their move to become a member of the court.

U.N. Secretary-General Ban Ki-moon said late Tuesday that the state of Palestine will join the International Criminal Court on April 1. On Monday, the Obama administration said it was reviewing its annual $440 million aid package to the Palestinians because of the decision to join the ICC.

“We are currently sending roughly $400 million of U.S. taxpayer dollars to the Palestinian Authority,” Paul said. “Certainly, groups that threaten Israel cannot be allies of the U.S. I will continue to do everything in my power to make sure this president and this Congress stop treating Israel’s enemies as American allies.”

Palestinians are terrorists drunk on bloodlust who will stop at nothing to destroy Israel, our only ally in the Middle East. We cannot turn our backs on them, and that means we must stop supporting the Palestinian Authority.