Troops Are On The Way…To Secure ‘The New State Of Palestine?’

Uh, what’s going on here? Are we seriously going to be sending American troops to secure the new state of Palestine[1]? Well, that’s seems to be a consideration within the Obama administration, albeit based on unconfirmed reports.

Secretary of State John Kerry is proposing to offer up US troops to help secure the borders of the new state of Palestine, according to some unconfirmed news reports coming out of Israel.

How plausible is the possibility? And would it be a good idea, or, as some military analysts argue, would the White House would be “nuts” to consider it?

The US troops would be tasked with helping to prevent anti-Israel forces from coming out of Jordan and reaching Israel, according to Debkafile, an Israeli intelligence and security news service.

We couldn’t get our act together on Syria due to this administration’s horrendously vague foreign policy; and now they want to do this! : No wonder why the world can’t take us seriously anymore. 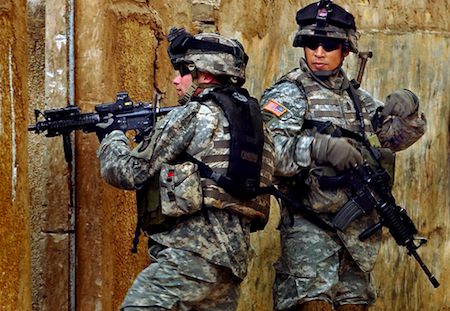