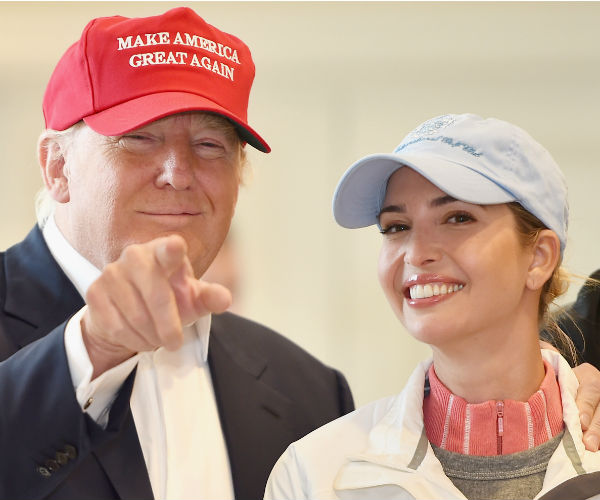 Ivanka puts up with more undeserved attacks than anyone in her family. She’s put her businesses on hold and uprooted her family to support her father to be the best President that he can be.

She also has a nice office in the White House which is completely unacceptable[2] because if I don’t get that office, nobody should get it!

In an interview with Gayle King, Ivanka was attacked straight out of the gate[3] with a strange question.

In a preview of her sit-down with Gayle King, Ivanka responded to critics who have criticized her for not standing up more for women’s rights and becoming ‘complicit’ in aiding the agenda of her father’s administration.

‘If being complicit is wanting to, is wanting to be a force for good and to make a positive impact then I’m complicit,’ Ivanka tells King.

‘I don’t know that the critics who may say that of me, if they found themselves in this very unique and unprecedented situation that I am now in, would do any differently than I am doing.’

Ivanka then adds: ‘So I hope to make a positive impact. I don’t know what it means to be complicit, but you know, I hope time will prove that I have done a good job and much more importantly that my father’s administration is the success that I know it will be.’

You can see the video here:

Of course, her response to such a loaded question was immediately attacked. Even the dictionary started taking shots:

????'Complicit' is our #1 lookup after Ivanka Trump told CBS "I don’t know what it means to be complicit." https://t.co/HEqWBltPUc[5]

You know you’ve touched a nerve when even the social media team at Merriam-Webster is touchy.

That Ivanka Trump went to a monster truck rally.

At a monster truck rally.