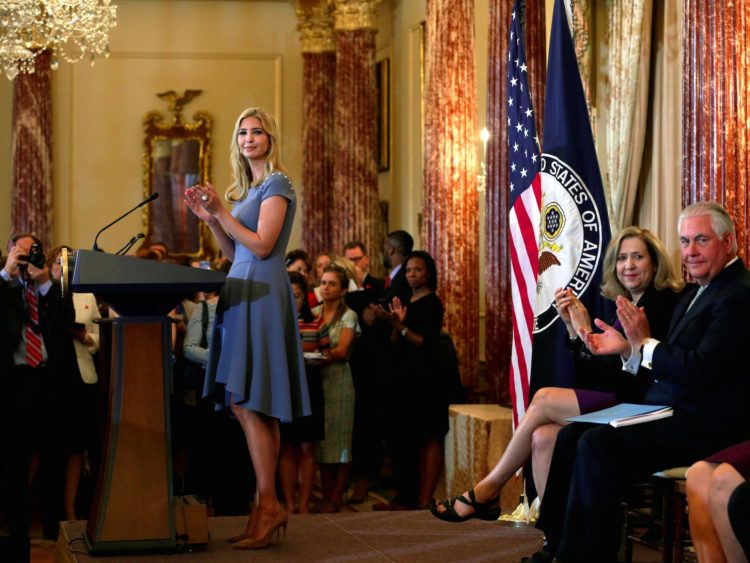 Did anyone wish you a Happy Independence Day? Or tell you to have a nice Fourth of July before offering you something from the barbecue?

Well, if you were like liberal Twitter, you should’ve immediately swatted that hot dog out of their hands and insulted their father! Because that’s what happened to Ivanka when she sent out this nice, normal, patriotic little note on social media:

Happy Independence Day! Grateful to those who fight for our freedoms and protect this great nation. #LetFreedomRing[2] #FourthofJuly2017[3] #July4[4]

Just because it’s a day off to enjoy with your family watching fireworks, doesn’t mean you have to take a day off of being a nasty person, because angry, angry people flooded Ivanka with responses right back. Here are some of the best of the worst:

Thank you, I'm certainly doing what I can to protect this great nation from your father. . . Oh, that's not what you meant. Is it?

This next one is good, because their Twitter profile says of them: “Texan born & raised. Believe in the Constitution, Republican & Ted Cruz supporter. FYI just because I criticize Trump or anybody else does not make me a Liberal.”

Let's start by protecting us from your dad. #25thAmendmentNow[10]

Yes! Grateful to those who didn't claim fake foot injuries to get out of serving our country! Five times. Five times. #trumpsacoward[12]

And another stand-out account, whose bio reads: “Trump is a racist, misogynistic, homophobic a**wipe who should have never been elected. #NotMyPresident #TheResistance #TraitorTrump #PutinsPuppet #Indivisible.”

This from a #PradaPrincess[14] who comes from a family whose daddy dodged the draft and is taking Healthcare from Veterans. Suck it, kid.

It wasn’t just idiots who are still furious that they must endure the waking nightmare of a MAGA presidency instead of that old pantsuit wearing, Benghazi-ignoring political wife. There were normal, happy, healthy people sending nice messages right back.

As reported in The Independent Journal Review[21], even Melania had trash thrown at her when she tweeted something nice about the holiday:

First Lady Melania Trumpoffered a sincere message via Twitter, calling America “the land of the free because of the brave” — and critics immediately attacked her.

#HappyIndependenceDay[22] ????????
We are the land of the free because of the brave. Thank you to the heroes who serve!

And of the many attacks sent to her, many of them were denigrating her modeling career, with people posting her previous semi-nude photo shoots back at her.

To sum up my reaction to the ridiculous tweets that were spawned at the Trump clan yesterday, here’s Donald himself posting in 2014:

Happy 4th of July to everyone, including the haters and losers!