Ivanka Trump and her family are taking no shortcuts when it comes to showing their appreciation to the Secret Service. What is the best kind of gift to give another? One that you took time in making yourself. 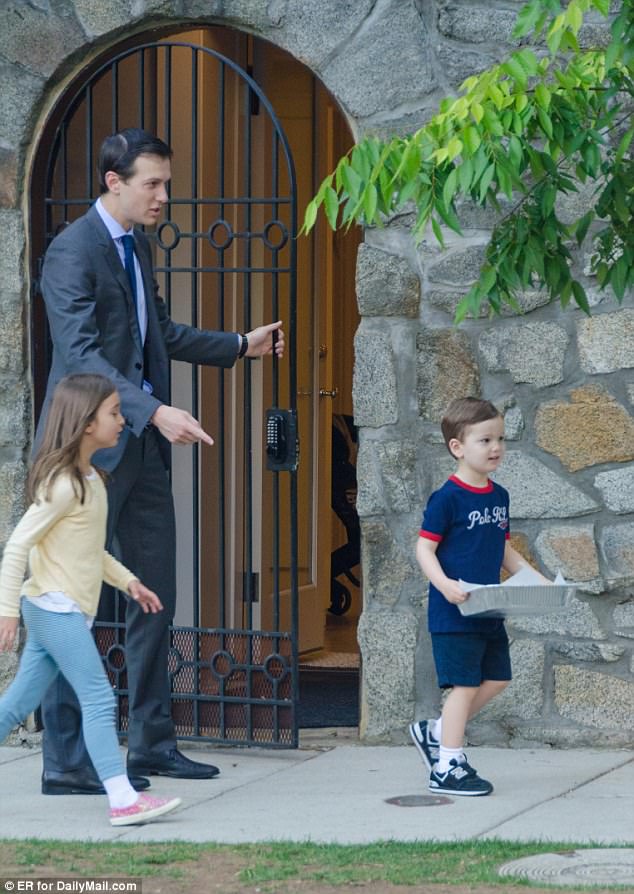 That’s exactly what they did Friday morning, when Jared Kushner’s Secret Service ride came to pick him up for work; he and his children emerged from their new DC home carrying a tray of goodies for the agents that awaited him who were on duty outside the family’s Kalorama home[2].

Little Joseph was beaming ear to ear as he carried the tin tray out of the house to give as a gift to one of their protectors.

Then his dad hopped into the waiting car that was there to take him to work at the White House where his father-in-law presides as the President of the United States of America.

However, he didn’t take off before making sure he ruffled the golden locks of his son just one last time before taking off to work.

Then just an hour later, it was Ivanka who emerged from their home in a dashing white sundress with lace detailing of course and she had to have the matching white cat-eye sunglasses to go with it too. 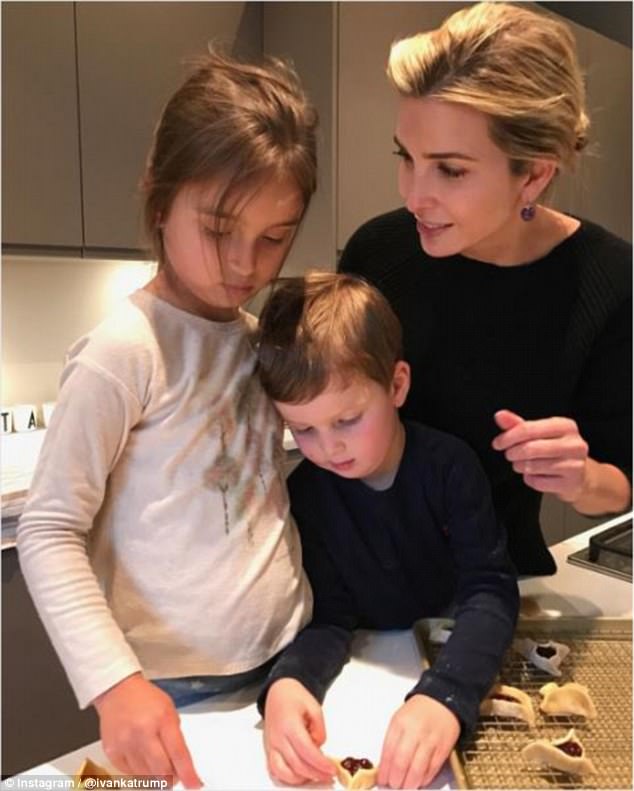 The tin of goodies were baked. Baked by none other than Ivanka herself, along with her little helpers who are learning some really necessary principles from their parents. To serve others.

This show of appreciation is just days after it was revealed in the Financial Times Ivanka had won over her neighbors who were on the fence about her and her family… with none other than her baking.

Since the family has moved to DC, their neighbors have been complaining about the lack of parking all due to the First Daughter’s Secret Service detail and the piles of trash left on the street when it wasn’t pick-up day.

However, when responding, Ivanka took the high road and went on the charm offensive… now attitudes are changing around the neighborhood.

FT reports: ‘She knocked on each of her neighbors’ doors with stealth weapons in tow: her children and baked goods. The blatant PR offensive was highly effective. “Lovely, just lovely,” says Rhona Friedman, a lawyer and neighbor who had been wary. “People who know her say the same thing: that she’s very gracious.”‘

In John Hawkins’ new book, ‘101 Things All Young Adults Should Know’, he teaches in chapter 17 of the book, “If you want to know what a person really believes, watch their actions.”

This advice is sound advice…and truth in every way. You know a man to be good or bad by the fruits of his labor. What do their actions tell you? That is where you will find the truth of who they are at their very core.

What do you think the actions of Ivanka and Jared tell you?