Liberals are FREAKING OUT Over This Ivanka Billboard – When You See It, You’ll Know Why

Ivanka Trump is not a conservative — she actually skews rather liberal — yet she still manages to attract rage from Democrats. They’re even stooping so far as to spread fake news about her in an effort to smear her reputation. Unfortunately, there was just one big problem with the photo they used[1]. 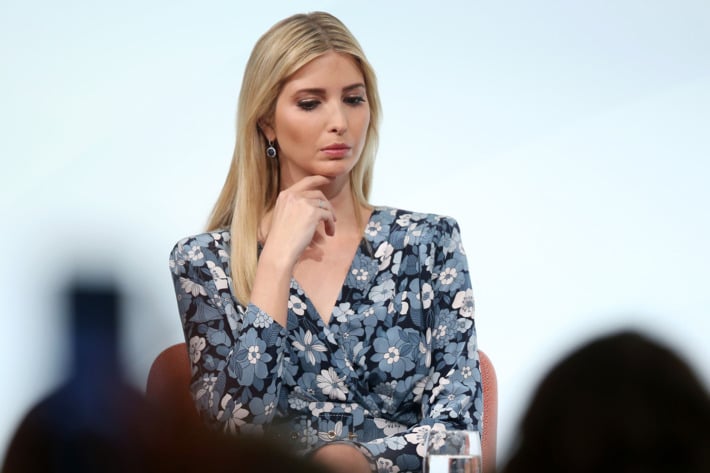 It started with Donald Trump’s invitation to Rodrigo Duterte, the controversial president of the Philippines, to visit the White House. Meanwhile, Ivanka was named adviser to the president some time ago and liberals somehow decided to conflate the two issues. A now-deleted tweet from Peter Brack kicked off the fake scandal, featuring a billboard with Ivanka on it. You can see the photo here:

Brack admitted that the photo of the billboard was sent to him by a random Facebook follower.

@amondalek[6] No it was sent by a FB follower. Tower has now been built – however the principle is still that same. Emoluments.

The photo in question is actually almost five years-old and is licensed to Getty Images:

As Brack said himself, the tower has long since been built. The billboard is old. None of this has anything to do with Duterte’s White House visit. Yet liberals are still carrying on like this is some kind of scandal.

Well… the murderous autocrat did geenlight a Trump condo in his capitol, and Ivanka got a modeling gig out of it so… https://t.co/ycI7tCfx63[11]

…but Trump has no conflict of interests as President of the United States and would never make a decision that prioritizes biz over country. https://t.co/7GmMTXVQUO[13]

There could be plenty of legitimate issues that people could criticize Donald Trump over. This is not one of them. Of course, this kind of behavior is to be expected from liberals.

Ivanka is getting criticized because she is successful and because she is Donald Trump’s daughter. It doesn’t matter that she is more of a liberal Democrat than she is a conservative Republican; her father is Enemy Number One for liberals, so she, therefore, is also a target for their scorn.