For a long time, the Department of Justice demanded that settlements include donations to third-party organizations. Under the Obama administration, this became a slush fund, with hundreds of millions of dollars taken from corporate defendants and funneled to liberal groups like La Raza, the National Urban League, the National Community Reinvestment Coalition and NeighborWorks America. But now, Attorney General Jeff Sessions is putting a stop to this unethical practice[1]. 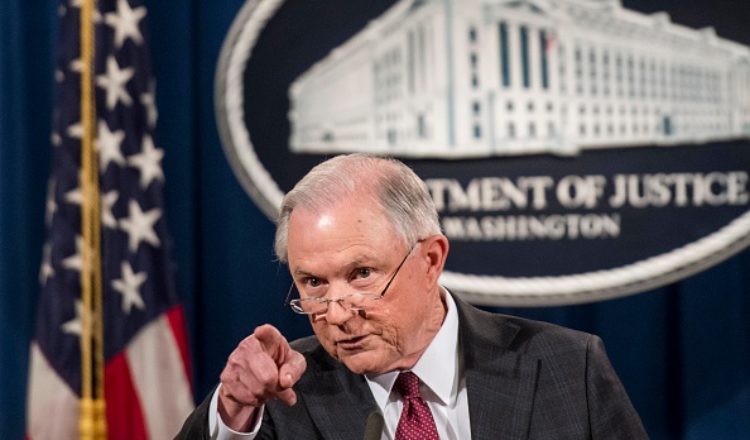 The practice originally began in the 1970s, with the Community Reinvestment Act. The policy required banks and financial institutions to fund “community organizations” as a way to offset their wrongdoing. After the 2008 financial crisis, the practice exploded, with Barack Obama’s Department of Justice coming to settlements with numerous big banks over supposedly unfair lending practices. Millions of dollars was then transferred to liberal groups, some of whom provided mortgage assistance.

The Government Accountability Institute, an independent organization, slammed the practice in a 2016 report. But Republicans had already begun to question the policy, with some even calling it potentially illegal. Paul Larkin, a legal scholar for the Heritage Foundation, argued that it might be illegal, because “it allows the Justice Department to pick and choose among organizations that should receive federal funds without any guidance from Congress or any oversight by the Judiciary or Appropriations Committees in either chamber.”

Regardless of the legality, the practice has officially come to an end.

“Effective immediately, Department attorneys may not enter into any agreement on behalf of the United States in settlement of federal claims or charges … that directs or provides for a payment or loan to any non-governmental person or entity that is not a party to the dispute,” Sessions wrote in his memo. Already, the move is being applauded by conservatives.

Do you agree with ending third-party payouts by the Department of Justice?