Attorney General Jeff Sessions, like the rest of us, is tired of the leaks that have been plaguing the White House since Donald Trump was inaugurated in January of 2017.

He knows that the media will stop at nothing to make Trump look like an idiot and would even risk national security to do so. He’s also dedicated to stopping it and has a new strategy that he’s implementing to prevent something like that from actually coming to fruition. 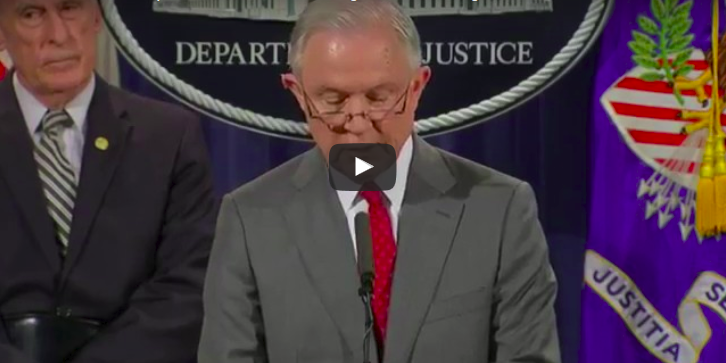 The Washington Post published transcripts of the private phone calls between President Donald Trump and the President of Mexico and the Prime Minister of Australia.

Sessions is making it abundantly clear that he is going to do everything within his power to prevent anymore leaks from reaching the media.

“I strongly agree with the President and condemn in the strongest terms the staggering number of leaks undermining the ability of our government to protect this country,” Sessions said during a Friday press conference in Washington.

“We are taking a stand,” he added. “This culture of leaking must stop.”

Bravery used to be publicly taking a stand against wrongdoing. Now it’s anonymously leaking information to the media and potentially risking revealing national security secrets in an effort to make our President look like the idiot they think he is.

Jeff Sessions is not about to let these leakers get away with giving away private information.

“Since January, the department has more than tripled the number of active leak investigations compared to the number pending at the end of the last administration,” he stated. “And we’ve already charged four people with unlawfully disclosing classified material or with concealing contacts with federal officers.”

This is just getting good.