The assassination of President John F. Kennedy in November 1963 was a major event – perhaps even a turning point – in American history. It marked a change between the progressive/liberal movement in America truly believing that its leadership was producing a greater, freer, more prosperous nation and that movement abandoning such hopes and simply grasping for political power at whatever pretext or intellectual cost.

It marked the beginning of “punitive liberalism[1],” as George Will describes.

For that reason, as well as many others, exactly how JFK was killed has long been the source of speculation, conspiracy theories, books, films, TV shows and so forth. The official story, that a Communist sympathizer and ex-Marine named Lee Harvey Oswald shot the president from a window at the Texas book depository building as his motorcade passed below, has never been fully accepted – and there have long been many insisting that Kennedy’s true assassin shot him from the grassy knoll on the other side of the street.

And now, a former Mafia hit man about to be released from prison is reiterating claims that he was the shooter on the grassy knoll[2]. 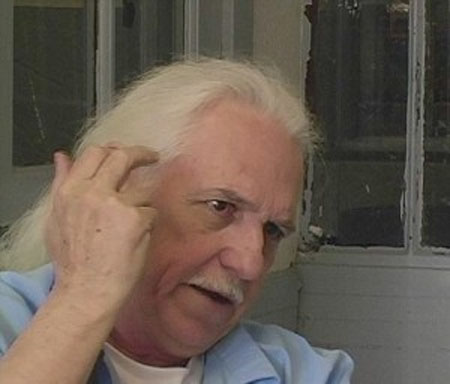 James Files, a 72 year-old mob hitman who’s spent the last 36 years behind bars, still stands behind his original story – that he was the one responsible for killing JFK.

Files has spent the better part of his life in a maximum security prison, but he’s scheduled for release this upcoming spring.

Even as Mr. Files release rapidly approaches, he stands behind his confession – that he was the one in the grassy knoll on November 22, 1963. Files explained:

‘I was aiming at his right eye. When I pulled the trigger it was almost like looking from six feet away through the scope.’

‘As I squeezed his head moved forward. I missed and got it right along the temple, right behind the eye. I squeezed off my round. I hit him and blew his head backward. I fired one shot and one shot only.’

Files states that the second shot was fired by his boss, Charles ‘Chuckie’ Nicoletti. After the shooting, Files explained that he calmly walked away without even being noticed by the two police officers only 25 feet away from him.

Files’ story matters, because if what he says is true it fulfills one narrative about JFK; namely, that he was elected with help from the Mafia (Oswald was the nephew of Dutz Murrell, a fixer for the New Orleans crime family of Carlos Marcello) and then double-crossed them, not to mention that he had an affair with the girlfriend of Chicago mob boss Sam Giancana – and part of the double-cross was that the CIA was supposed to take out the Castro government in Cuba with the Bay of Pigs invasion and Kennedy failed to support it. The mob had lost millions of dollars invested in casinos and hotels in Havana the communists appropriated and they wanted back in.

The other narrative, more simply, was that Oswald was a communist who had lived in the Soviet Union for a time and visited the Cuban embassy in Mexico City before assassinating the president and the killing was a flashpoint amid the Cold War and perhaps a retaliation for the Cuban missile crisis.

Either way, the assassination changed America. We have not been the hopeful, perhaps naive nation we were before that day.