So About That $15 Minimum Wage: Grocery-Stocking Robots to Soon Take over St. Louis Area Supermarket [VIDEO]

For years now[1], I have shopped with Amazon and we are doing so more and more. I love the convenience and adore Amazon. It’s absolutely my favorite way to shop. They are now expanding into the market place and have not only taken over Whole Foods, but are now aiming at Blue Apron as well. They literally wiped out $1 billion of grocery store market cap last month. Shares of Kroger, Wal-Mart, Sprouts and Target are cratering. Now, they are holding a robotics contest to replace 230,000 warehouse workers. The age of robotics has finally arrived.

With the introduction of stores like Amazon Go, where you simply walk in with your Amazon card, load up your cart and are automatically charged, thousands of the millions of grocery store workers nationwide are going to become unemployed. A great deal of this was brought on by the Fight for #15! crowd. As they demanded a higher minimum wage that the market could not sustain, businesses have become innovative and are turning to robotics. They don’t get sick, they don’t need sleep, they don’t slow down and over time, they are far more cost effective than humans. We have moved from the industrial age to the technology age. 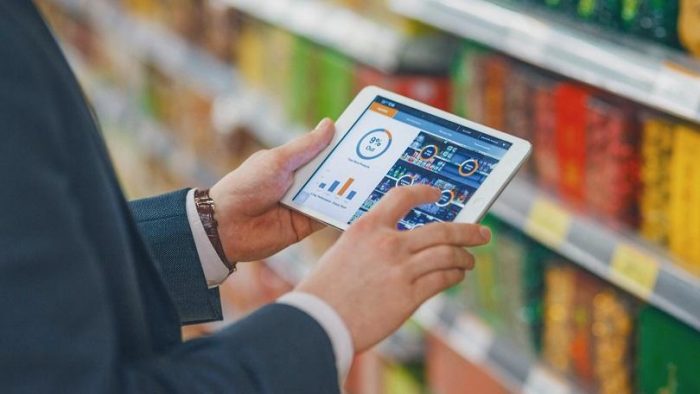 Grocery store employees taking inventory by hand will soon become a thing of the past, thanks to a new robot named Tally that is taking one St. Louis-area supermarket by storm.

Tally, the grocery-stocking robot, is set to roam the aisles of Schnucks, a Midwestern supermarket chain, Monday in Richmond Heights for a six-week test run, the St. Louis Post Dispatch[4] reports.

The slender robot, developed by the San Francisco-based company Simbe Robotics[5], weighs about 30 pounds and contains sensors that detect the store’s layout and notifies store management when products are not fully stocked.

When the robot runs out of power, it automatically goes to a charging station to recharge. Its sensors also detect when there is a large crowd of people, so the robot knows to stay out of areas where there are a lot of shoppers.

If the test is successful, a second Tally will appear at Schnucks locations in Town and Country and in Kirkwood in a few weeks.

Amazon Go and other concept stores spend less with robotics and make more money over time. Therefore, they can offer lower prices to consumers. Smart stores with no check outs and far fewer employees will destroy the traditional supermarket business model. In five to ten years, you will not recognize grocery stores anymore. This is also happening in restaurants where you can order at a robotic kiosk or from an iPad at your table.

It won’t happen overnight, but the robotic revolution is well underway. Grocery and retail stores can adapt to the technological revolution that is about to transform their industry or they can face the same slow, painful death that ultimately claimed the life of Blockbuster video. Some don’t plan on waiting that long. Schnucks is a Midwestern grocery store chain that spans five different states. In Missouri, they are deploying Tally… a grocery store stocking robot who checks stock levels and pricing continuously. The pilot test will last six weeks and then they will be used in 100 stores. It’s just the beginning. From there, they will downsize their employee base and costs as well.

Tally weighs about 30 pounds. They are equipped with sensors that help it navigate the store’s layout and avoid bumping into customers’ carts. When the robot runs out of power, it automatically goes to a charging station to recharge. Its sensors also detect when there is a large crowd of people, so the robot knows to stay out of areas where there are a lot of shoppers. When it detects product areas that aren’t fully stocked, the data is shared with store management staff so the retailer can make changes. Tally was created by a San Francisco-based company named Simbe. It is also being tested at other mass merchants and dollar stores all across the country. I first heard of it in 2015 and now the timing is right for Tally to take off.

There are over 40,000 grocery stores in the US, with 3.5 million employees. The job outlook for these people is about to radically change and not for the better. It’s the wave of the future and people will have to adapt. The Marxists have surely helped speed this up though. You can thank people like Bernie Sanders as you wait in the unemployment line. 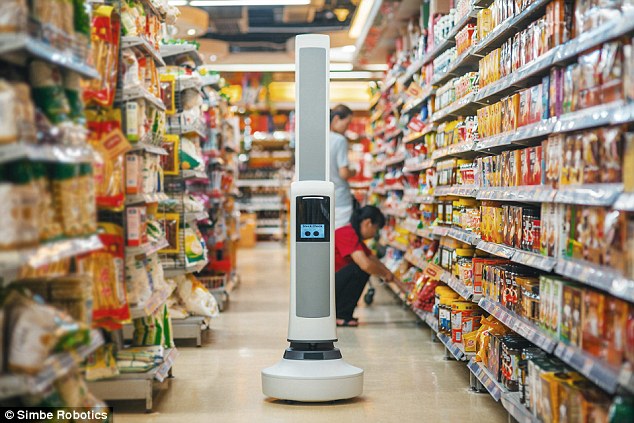