Joe Biden spends a half million a night using YOUR tax dollars to live it up in Mexico City!

Holy crap![1] One night in Mexico for Joe Biden cost in excess of $500,000. They blamed it on security and last-minute planning. You have got to be freaking kidding me. He’s not royalty for God’s sake! He stayed at the luxurious Intercontinental Presidente Hotel. Why in the hell was this last-minute planning when he had planned to attend this economic summit all along? For Biden to go, they needed a staggering 260 hotel rooms and meeting spaces. These people have a monarch complex. “In addition to supporting a large delegation within a short time frame, last minute and frequent changes of itineraries for supporting personnel often result in significant changes in how Posts work with the vendors,” the State Department said. “With the exception of a few trips, contracts are not permitted to be signed until the Department of State (Post) has written confirmation from all supporting agencies, which enables collection of funds from said agencies in the event of cancellation.” Sounds like bureaucratic bull crap to me. 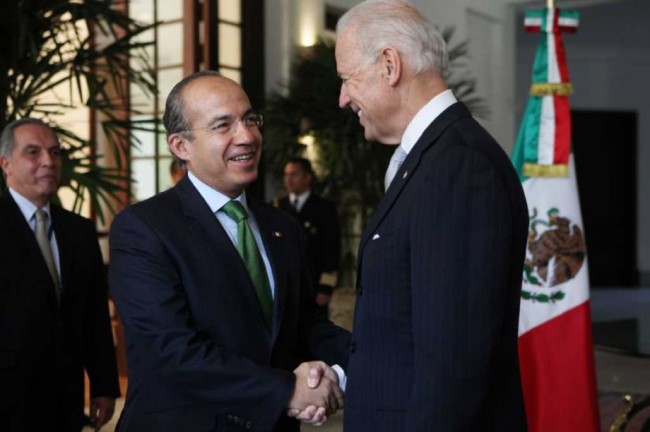 The trip called for 260 hotel rooms and meeting spaces, according to a State Department contract[4]. The total hotel tab was $538,528.65.

The government said the trip costs were justified due to security concerns and last-minute planning.

Biden spent one night in Mexico City, according to the White House schedule. He departed Washington on Wednesday, Feb. 24th and was in Mexico on Thursday to attend meetings for the summit. By Friday, he was in Utah for a “roundtable on cancer.” News reports on what was accomplished at the economic summit are scarce, except for reporting on Biden feeling the need to “almost” apologize to Mexican President Enrique Pena Nieto for some of Donald Trump’s remarks on immigration. No press pool for the Vice President was filed during the trip. Trump doesn’t need this man’s groveling. What an embarrassment. The Washington Free Beacon describes his digs as follows: “Forty-two stories high, this cosmopolitan Mexico City hotel puts the city at your feet,” reads the description of the hotel’s website. “Located in the thriving Polanco district, you’re immersed in a Mexican experience that’s uniquely local yet international.” The hotel has “world class” rain showers and blackout blinds. Executive rooms and suites are “comfortable and luxurious” and have televisions in the bathroom. The Intercontinental Presidente also offers numerous spa treatments, including steam bathing, massages, beauty treatments, body scrubs, body wraps, foot reflexology, manicures and pedicures, and waxing. It’s so nice to know Biden is slumming it while doing the people’s business. I can’t wait for these elitists to be booted out of the White House.