Obama’s goofy, gaffe-prone sidekick Joe “Plugs” Biden is the fourth person in history to be awarded the Presidential Medal of Freedom With Distinction. The distinction in this case is that the award is distinctly inappropriate.

Not even the sympathetic libs at the Washington Post can think of a good reason for Biden to be granted the medal. This is the best they could come up with:

He was a critical voice in crafting strategy in the wars in Iraq and Afghanistan and in encouraging Obama to send Navy SEALs on a mission to capture or kill Osama bin Laden in 2011.

The Obama Administration strategies in Iraq and Afghanistan have been conspicuous failures, resulting in the rise of the Islamic State and the resurgence of the Taliban. Fortunately, its attack on the Second Amendment was a failure too. The stimulus package — known as Porkulus — was one of the most egregious wastes of money in history. Giving the green light to the SEALs was a no-brainer, but admittedly it’s not the only thing Biden has gotten right:

“I don’t deserve this,” the vice president said repeatedly.

President Downgrade has now downgraded the value of the USA’s highest civilian honor. On the bright side, time spent passing out debased medals is time not spent ramming through malicious midnight regulations. 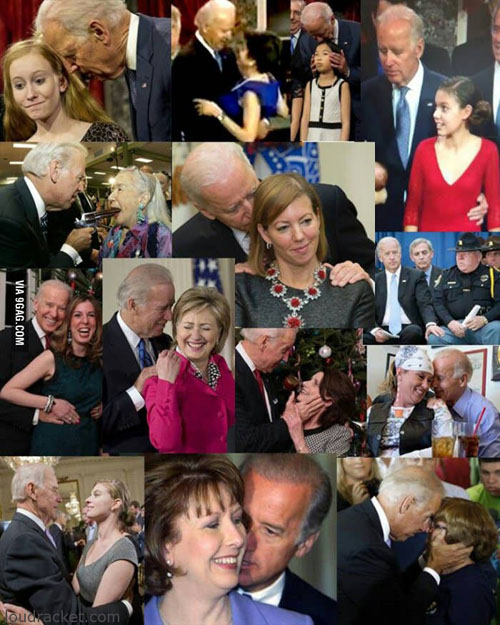 Too bad they don’t give out a Presidential Medal of Wandering Hands.

On a tip from Byron. Cross-posted at Moonbattery.