Remember the people who were claiming that we were “rushing” to war with Iraq? That was despite the fact that YEARS were spent building the case. Well now, Obama intends to bomb Syria and aid “moderate” rebels there despite the fact that the most basic questions about what we’re doing haven’t been answered. 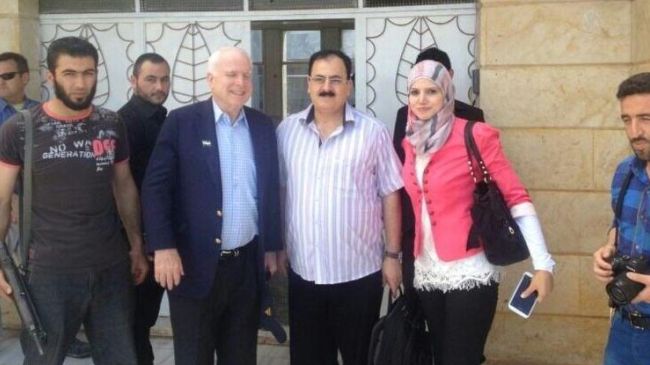 What questions? Well, just to name a few….

1) What makes us think we can tell the “moderate” rebels from the “radicals?”

2) Are the moderate rebels “moderate” or are they just different radical Jihadists?

3) If we give weapons to the “moderates,” how do we know they aren’t going to end up in the hands of ISIS? Given that some of the weapons we’ve given them have already ended up under ISIS control, that seems like an extremely pertinent question.

4) Currently, the “moderate” rebels and ISIS are nominally on the SAME SIDE, fighting against the Assad regime. How confident are we that their loyalties will be to us, not ISIS?

5) We are jumping in the middle of a civil war in Syria that has already started turning into a regional war. Does that really make sense?

6) Initially, Obama wanted to help the rebels take over Syria. Is that still our goal?

7) Given that Obama is now bombing people who were on the same side as the people we were helping a few months ago, what gives us confidence that we know what we’re doing now?

8) Do we really think the “moderates” in Syria, who haven’t proven to be an effective fighting force, can suddenly crush ISIS in that country with our help? Are we sure they even really WANT to do that?

9) If our goal is to degrade and destroy ISIS while driving them out of Iraq, is it even absolutely necessary to start a war in a new country to do it? Is it not possible that destroying ISIS in Iraq might make it unnecessary to bomb them in Syria, especially since the Assad regime also wants them dead?

10) Given Obama’s almost universally incompetent handling of every foreign policy intervention of this sort, what makes anyone think he can handle something this complicated without creating a mess?

The whole idea that we can insert ourselves into a messy civil war that’s turning into a regional war, fund some rebel sad sacks, destroy ISIS and then come home and celebrate our victory without any real planning, preparation or thought is a careless and cynical use of our military power. That’s especially so since Obama’s incompetence allowed ISIS to gain a foothold in Iraq in the first place and his reluctance to allow special forces to work with the Kurds and Iraqi army on the battlefield will make it much harder to destroy the Islamic State.

When Barack Obama set a timeline for pulling out of Iraq and left that country without a status of force agreement, I said it was a bad idea. For a while, it looked like it was working out fine. Conceivably, it could have continued to be fine. But, it was a huge, unnecessary risk and it bit us on the behind by allowing ISIS to create a state-within-a-state inside Iraq. Well, we’re not about to take another poorly thought-out, unnecessary risk. Hopefully, this latest bit of foolishness won’t have the same devastating consequences, but don’t bet on it.