“We hold these truths to be self-evident, that all men are created equal, that they are endowed by their Creator with certain unalienable Rights, that among these are Life, Liberty and the pursuit of Happiness. – That to secure these rights, Governments are instituted among Men, deriving their just powers from the consent of the governed, – That whenever any Form of Government becomes destructive of these ends, it is the Right of the People to alter or to abolish it, and to institute new Government, laying its foundation on such principles and organizing its powers in such form, as to them shall seem most likely to effect their Safety and Happiness. Prudence, indeed, will dictate that Governments long established should not be changed for light and transient causes; and accordingly all experience hath shewn that mankind are more disposed to suffer, while evils are sufferable than to right themselves by abolishing the forms to which they are accustomed. But when a long train of abuses and usurpations, pursuing invariably the same Object evinces a design to reduce them under absolute Despotism, it is their right, it is their duty, to throw off such Government, and to provide new Guards for their future security.” — The Declaration of Independence 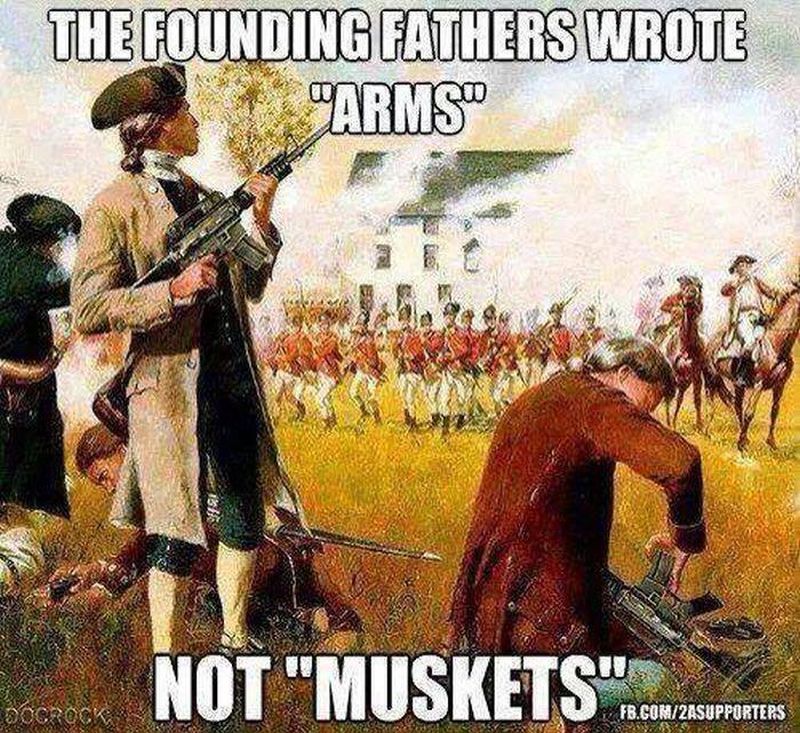 We’re a nation that was founded by principled revolutionaries who took on the super power of their day over almost insignificant taxes they felt Britain had no right to levy. These men were small government fanatics who felt very comfortable with God, guns, and taking care of themselves. The principles those men put in place and the standards they set were what helped turn America into the most successful nation that has ever existed on God’s green earth.

In order to be fair, it’s worth noting that in some respects, we’ve done a better job of fulfilling the vision of the Founding Fathers than they were able to accomplish in their lifetimes. We got rid of slavery, became the world’s only superpower, and delivered a level of economic prosperity that wasn’t even dreamed of when men like Ben Franklin, John Hancock, and George Washington roamed the earth.

In a time when it’s commonplace to hear intelligent people speculating privately about how long it’s going to be before America experiences a debt-driven economic crash that the country may NEVER recover from, it’s worth considering how far off the rails we’ve gone from what the Founding Fathers originally wanted and intended for this nation. For all of our success, many things that Americans unquestioningly accept today would have been considered intolerable to the Founding Fathers.

In a time when our nation is engaged in unsustainable economic policies that seem likely to put an end to America’s run as a great nation, perhaps it’s time to consider whether our real problem is that we’ve veered so far from the most successful blueprint for a country ever devised that the Founding Fathers would turn over in their graves if they found out about….

1) Not just 15% of Americans being on food stamps, but the existence of a food stamp program.

2) Forcing Americans to buy health insurance via Obamacare as a condition of American citizenship.

3) Members of Congress voting on bills that they haven’t read.

4) The Supreme Court’s Roe v. Wade decision, not so much because the Founding Fathers would oppose abortion, although they would, but because the Court is unconstitutionally taking power away from each state to make its own decision.

5) The federal government taxing states and then using that money to blackmail the states into doing what the Feds want to get their own money back.

6) The average government workers making more than the average citizens paying their taxes.

9) Expelling children from government schools for playing with toy guns on their own property[2].

10) Having TSA agents putting their hands on people’s crotches and sticking their fingers inside people’s pants at the airports.

11) Having the NSA collect the phone records and emails of hundreds of millions of law abiding Americans.

12) Having Christian prayers, the Ten Commandments, and mentions of God banned in schoolhouses and on government property[3].

and last but not least….

13) The fact that snooty Brit Piers Morgan is lecturing Americans on TV. Patrick Henry would tell him to shove his fish and chips where the sun doesn’t shine.