Rudy Giuliani has been attacked by the Left for correctly saying, “I do not believe that the president loves America.” Giuliani wasn’t wrong about that and he could have just as easily said, “Liberals don’t love America.” 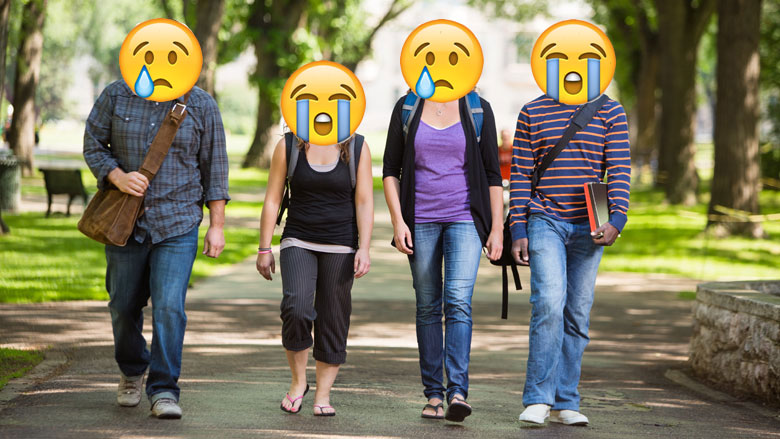 Sure, there are a few exceptions, but they just prove the rule. Most liberals detest America, want to fundamentally change it and are disgusted by people who really love the country. Don’t believe it? Then just look at all these quotes from unpatriotic liberals and maybe you’ll change your mind.

1) While the rest of the country waves the flag of Americana, we understand we are not part of that. We don’t owe America anything – America owes us. — Al Sharpton[2] at the “State of the Black World Conference” in Atlanta

2) We understand that Nixon’s aggression against Vietnam is a racist aggression, that the American war in Vietnam is a racist war, a white man’s war…We deplore that you are being used as cannon fodder for U.S. imperialism. We’ve seen photographs of American bombs and antipersonnel weapons being dropped, wantonly, accidentally perhaps, on your heads, on the heads of your comrades. –Jane Fonda[3] in a propaganda message to South Vietnamese soldiers

3) As to those in the World Trade Center…Let’s get a grip here, shall we? True enough, they were civilians of a sort. But innocent? Gimme a break. …If there was a better, more effective, or in fact any other way of visiting some penalty befitting their participation upon the little Eichmanns inhabiting the sterile sanctuary of the twin towers, I’d really be interested in hearing about it. – Ward Churchill[4]

4) The government gives them the drugs, builds bigger prisons, passes a three-strike law and then wants us to sing “God Bless America.” No, no, no, God d*mn America, that’s in the Bible for killing innocent people. God d*mn America for treating our citizens as less than human. God d*mn America for as long as she acts like she is God and she is supreme. — Jeremiah Wright[5]

5) Let’s get rid of all the economic (expletive) this country represents! Bring it on, I hope the Muslims win! — Chrissie Hynde[6] of The Pretenders

6) You know, the truth is that right after 9/11, I had a (flag) pin. Shortly after 9/11, particularly because as we’re talking about the Iraq war, that became a substitute for, I think, true patriotism, which is speaking out on issues that are of importance to our national security, I decided I won’t wear that pin on my chest… — Barack Obama[7]

7) For the first time in my adult lifetime, I am really proud of my country. And not just because Barack has done well, but because I think people are hungry for change. — Michelle Obama[8]

8) America has an almost obscene infatuation with itself. Has there ever been a big, powerful country that is as patriotic as America? And patriotic in the tinniest way, with so much flag waving? You’d really think we were some poor little republic, and that if one person lost his religion for one hour, the whole thing would crumble. America is the real religion in this country. — Norman Mailer[9]

9) Of course, Mr. Hannity was outraged that any American would not cross her hand over her heart and repeat the hypocritical words, one nation. Whenever we come up on the Fourth of You Lie, I think of Frederick Douglas and his masterful oration, The meaning of the Fourth of July to the Negro. Pledge the flag? I think not! — Julianne Malveaux[10]

11) As you probably know, some American politicians and American journalists refer to Washington, DC as the “capital of the free world.” But it seems to me that this great city (Brussels), which boasts 1,000 years of history and which serves as the capital of Belgium, the home of the European Union, and the headquarters for NATO, this city has its own legitimate claim to that title. – Joe Biden[12]

13) In practice, US officials seem to know better than to indulge in the patriotic myth that our constitution is the greatest system of government ever devised. –Matthew Yglesias[14]

14) Mitt Romney’s rally in Mansfield, Ohio, on Monday began the way every political event begins. ‘Please stand for the Pledge of Allegiance and our country’s national anthem.’ This is always an uncomfortable moment for me. While I sat at my laptop, most of the reporters around me stood and put their hands over their hearts. This time instead of just sitting and working, I tweeted what I was feeling: ‘@Ari_Shapiro: As a reporter I’m torn about joining in the pledge of allegiance/national anthem at rallies. I’m a rally observer, not a participant.’ —Ari Shapiro[15]

15) My fight against terrorism, to me, the biggest terrorist is Obama in the United States of America. I’m trying to fight the terrorism that’s actually causing the other forms of terrorism. You know, the root cause of terrorism is the stuff the U.S. government allows to happen. The foreign policies that we have in place in different countries that inspire people to become terrorists. — Lupe Fiasco[16]

16) I get always a little uptight when I hear politicians say how exceptional (America is). — John Kerry[17]

18) America has been killing people on this continent since it was started. This country is not worth dying for… — <href=”#004265″ target=”_top”>Cindy Sheehan

19) The entire country may disagree with me, but I don’t understand the necessity for patriotism. Why do you have to be a patriot? About what? This land is our land? Why? You can like where you live and like your life, but as for loving the whole country? I don’t see why people care about patriotism. — <href=”#006999″ target=”_top”>Natalie Maines

21) The US is indeed a terrorist nation. …It’s also the greatest purveyor of violence on earth over the past half century, and the foremost threat to world peace today. – Bill Ayers[20]

22) A friend of ours said if the same laws were applied to U.S. Presidents as were applied to the Nazis after WWII, that every single one of them, every last rich white one of them, from Truman on would be hung to death and shot. And this current administration is no exception. They should be hung and tried and shot as war criminals. — Zack de la Rocha[21], Rage Against The Machine

23) The land on which they [the Founders] formed this Union was stolen. The hands with which they built this nation were enslaved. The women who birthed the citizens of the nation are second class….This is the imperfect fabric of our nation, at times we’ve torn and stained it, and at other moments, we mend and repair it. But it’s ours, all of it. The imperialism, the genocide, the slavery, also the liberation and the hope and the deeply American belief that our best days still lie ahead of us. — Melissa Harris-Perry[22]

24) The enemy is inertia. There are a zillion reasons not to do anything; indeed, we Americans haven’t done anything — hell, we haven’t thought about doing anything — for generations. So, at risk of repeating myself, I must emphasize that our current crisis — economic and political collapse, a surging right poised to take over, with possible environmental apocalypse looming just around the corner — is not going to resolve itself in a way that we like if we sit on our asses. The current U.S. government must be prophylactically removed. Our economic and social structure must be radically reinvented. These things can only happen by using force. – Ted Rall[23]

25) I hate to say it, but killing is our way. We began America with genocide, then built it with slaves. The shootings will continue. It’s who we are. — Michael Moore[24]

How Bad PACs Are Killing The Conservative Movement