5 Virtues That Liberals Take To The Extreme 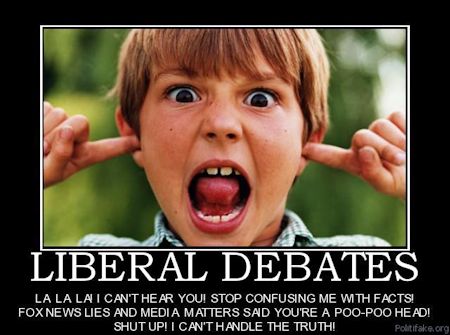 “If one oversteps the bounds of moderation, the greatest pleasures cease to please.” — Epictetus

“The world is full of people who will help you manufacture tornados in order to blow out a match.” — Shaun Hick

There are few things on the planet more necessary than water. In fact, roughly 60% of the human body is water. Yet, water isn’t ALWAYS a good thing as Noah could tell you. Virtues can be like this as well. In moderation, they’re good for you, but taken to extremes, they become destructive.

1) Tolerance:: A little tolerance is a good thing, but too much tolerance makes people blind, dumb and stupid. It’s just fine for people and societies to set boundaries instead of giving the thumbs up to wallowing in a human pig pen. Yes, the Bible does say, “Judge not, that ye be not judged.” However, it doesn’t say there’s no difference between the Bible and the Koran, right and wrong, or good and evil. We’ve taken tolerance to such an extreme that many Americans think it’s better to abandon their morals, common sense, and history lessons rather than come across as “being judgmental.”

2) Compassion:: Compassion and $2.00 will get you a cup of overpriced coffee at Starbucks. At best, compassion doesn’t mean much and at worst it has become an act of destructive self-congratulation. America is packed with angry, spiteful, nasty people who never give a dime to charity or personally help a soul; yet they consider themselves to be deeply compassionate for supporting harmful government programs with pleasant-sounding names. If you get into trouble, pray you’ll be spared what passes for “compassion” in America today in favor of actually getting some real help.

3) Being nice:: Sure, nice beats mean, but it’s not an end unto itself. “Nice” is vanilla. “Nice” is generic. If all you bring to the table is “nice,” you don’t have much to offer. Furthermore, wanting to be “nice” keeps people from saying what needs to be said. It’s the “nice” parent who has brats bothering everyone in the store because she won’t discipline them. It’s the “nice” relative who enables an alcoholic rather than encouraging him to go to rehab. It’s the “nice” politicians who don’t want to say “no” to anyone no matter how bad his lifestyle choices turn out to be. Meanwhile, our society seems to be getting ruder, stupider and more degenerate by the day, mainly because there are so many “nice” people who aren’t willing to stand up and do something about bad behavior. Unfortunately at the end of the day, the nicest dog in the dung heap is still living in a dung heap.

4) Self-Esteem:: We may be the first society in history to completely divorce self-esteem from actual accomplishment and self-worth. So, what happens when little Johnny, who coasted through school being told how “special” he was gets into the real world and starts getting his teeth kicked in on a regular basis because he brings nothing of value to the table? Next thing you know, he’s marching at an Occupy protest, demanding government handouts and trolling the comment sections on conservative websites because he doesn’t understand why he can’t do anything productive with his life despite the fact he’s been told that he’s gifted. Instead of building a kid’s self-esteem, we should be teaching him how to be good at things. Then he’ll be of use to himself, his family and his society while building REAL self-esteem in the process.

5) Diversity:: Diversity is a strength? Tell that to Afghanistan or Iraq. Both nations are so diverse they want to murder each other. That’s not to say there isn’t some value to diversity of thought, but we’ve taken it to such an extreme that we’ve started embracing tribalism. We tell immigrants to forget about the melting pot and embrace their old culture. We treat illegal immigrants who waltzed across the border two months ago as if they’re indistinguishable from Americans. We sneer at patriotism and encourage Americans to fragment off from each other by race, gender, age, and sexual orientation. Then we’re shocked that Americans have become so alienated from each other. Anyone emphasizing diversity should be aware that diverse groups of people generally don’t get along particularly well. Conservatives and liberals? Northerners and Southerners? Muslims and Jews? Jocks and nerds? If these groups don’t tend to see eye to eye, why should we expect other equally diverse groups of people to be best buddies while we’re celebrating how different they are from each other?