7 Structural Problems That Are Destroying America 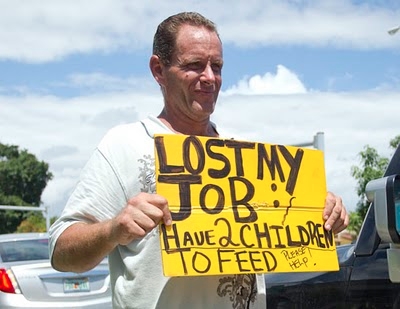 “And what physicians say about disease is applicable here: that at the beginning a disease is easy to cure but difficult to diagnose; but as time passes, not having been treated or recognized at the outset, it becomes easy to diagnose but difficult to cure. The same thing occurs in affairs of state; for by recognizing from afar the diseases that are spreading in the state (which is a gift given only to a prudent ruler), they can be cured quickly; but when they are not recognized and are left to grow to the extent that everyone recognizes them, there is no longer any cure.” — Niccolo Machiavelli[2]

One of the biggest mistakes people make in politics is believing that if we can just “get the right people” in office, all of America’s problems will disappear. Unfortunately, that’s not the case because many of the biggest problems we have as a nation are structural and unless we start to address those underlying issues, we’re not going to be able to get our country back on track for the long haul. So, yes, we should still keep trying to elect “the right people,” but as the late, great Milton Friedman said, “The way you solve things is by making it politically profitable for the wrong people to do the right thing.”

1) Demographics: You remember the hit our economy took when the Internet bubble and the housing bubble popped? Well, the biggest bubble of all is the baby bubble. The baby boom after WWII produced a massive population bubble that convinced politicians we could afford to be extremely generous with Medicare and Social Security benefits. In fact, we were so generous that the average person is paying less than a third of what he will get out of Medicare over his lifetime[3].

We have been getting by with that because there were lots of workers paying in and comparatively few retirees, but as more and more Baby Boomers retire, workers are going to be forced to pay extravagant taxes that they will never get back in benefits to support the people who are already in the programs. The numbers are staggering[4].

Incidentally, if you’re wondering how much longer Medicare can continue onward without being reformed or facing massive cuts for beneficiaries, the answer is until about 2024.[5]

2) A Dimmer American Dream for the Working Poor: At one time, labor in America was comparatively cheap and shipping costs were very high. Now, because of increased government regulations and a higher standard of living, labor is comparatively expensive while shipping costs have dropped tremendously because of technological advances, shipping containers, larger ships, etc. As a practical matter, what this means is that a lot of good jobs for men with limited skills and high school degrees have moved overseas to countries like India and China. This has put a lot of economic pressure on the working poor, which has been increased both by illegal immigration and by legal immigration, which doesn’t give preference to more educated, more skilled immigrants as it should. This has stagnated wages for a lot of Americans[6].

“Real family income for families in the middle was flat. Just about all of the benefits of economic growth from 1970-2010 went to people in the upper half of the income distribution.”

The sad fact of the matter is that the world has just changed economically over the last few decades and we haven’t fully adjusted to it as a society yet.

3) Debt: Despite the fact that we have a more than trillion dollar deficit, an almost 17 trillion dollar debt and roughly 100 trillion dollars in unfunded Medicare, Medicaid and Social Security liabilities, we seem incapable of slowing down our spending. Even the sequester, which is like taking a teaspoon out of a swimming pool of spending, seems to be too much for our politicians to bear. This is because we have no Balanced Budget Amendment to force our government to restrain spending and even outside market restraints aren’t working well because we’re printing massive amounts of money and loaning it to ourselves at a low interest rate. Politically, the momentum is ALWAYS on the side of spending more because ALMOST ANY CUTS produce a huge backlash while any spending reductions are so comparatively small that they tend to have minimal political benefits. Unless we can deal with this issue, it’s going to bankrupt our country[7] and it seems entirely possible that we could have a situation worse than the one Greece is facing on our hands in the next 5-20 years.

4) Big Government: We live in a world where we have more choices in entertainment, activities, news and products than ever before while our government has become bigger, more intrusive, more centralized and gives us fewer choices than ever before. The cost of government regulations is growing ever higher, the difficulty of starting a business is getting ever harder and our choices about everything from what soda to drink to what light bulb to have in our house are slowly, but surely being taken away from us. In fact, there’s probably no one reading this page who hasn’t accidentally broken some federal law in the last week and it’s entirely possible that lawmakers aren’t aware of that since many of them don’t even read the laws they pass anymore. The more government expands, the more freedom contracts and less vibrant and healthy our society becomes.

5) Gerrymandering and Increased Partisanship: The far left-wing took over the Democrat Party in the early seventies and conservatism became ascendant in the GOP when Reagan became President. That created a large ideological gulf between the two parties. Furthermore, although we loathe to admit it, most members of Congress have nothing to fear from general elections because the partisan make-up of their states or districts is such that someone from the opposing party can’t defeat them even in a wave election. In other words, once these politicians get elected, they’re in office for life barring some sort of major scandal OR a challenge from their own party. That means interest groups that are capable of funding a primary opponent are much more threatening to most politicians than the voters in their district. Nancy Pelosi could NEVER be beaten by a Republican, but if Planned Parenthood or United Auto Workers got angry at her, either could conceivably fund and support another Democrat who could beat her. What all this means in practice is that politicians in both parties are far apart ideologically and have a strong incentive (their job) not to cooperate with each other on anything that may upset a special interest.

6) The Collapse of Traditional Marriage: Per Pat Buchanan[8],

“Half of all children born to women under 30 in America now are illegitimate. Three in 10 white children are born out of wedlock, as are 53 percent of Hispanic babies and 73 percent of black babies.”

The illegitimacy rate in America has gone up 300% since the seventies. This might be a minor matter if children born outside of wedlock did just as well as children in two parent households. Unfortunately, that’s not even remotely true[9].

7) The Decline of Christianity: In 1963, 90% of Americans said they were Christian. Today, that number is closer to 70%. Meanwhile, the Christian church in America has gotten older, has become more timid and has become much less influential. As the power of the church has eroded, moral decay has set in and has started negatively impacting our society. In fact, the rot has gotten deep enough that we don’t even like to hear people talk about “morals” because it reminds us how badly we’ve slipped in so many areas. But, we’ve actually dropped much farther and faster than most of us realize[10].

“If filmmakers in 1963 wanted the approval of the Production Code of Motion Picture Association of America, which almost all of them still did, the dialogue could not include any profanity stronger than hell or damn, and there had been dramatic justification even for them. Characters couldn’t take the name of the Lord in vain, or ridicule religion, or use any of form of obscenity – meaning just about anything related to the sex act….the plot couldn’t present sex outside of marriage as attractive or justified.”

The degenerate and dishonest behavior of our politicians, school shootings, abortion, trashy reality TV, rudeness on the Internet, drug use, gang activity, gay marriage and children being born out of wedlock, among many, many other issues are deeply tied to morality. So as the Christian church declines, America will decline right along with it.