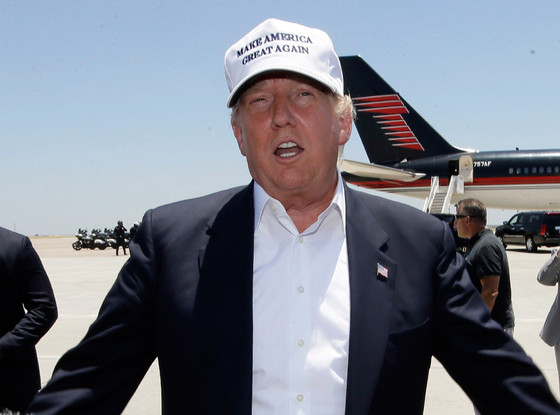 There’s a story I heard regarding you that I haven’t seen reported on.  It’s actually a pretty sad story.  Back in 1986 a farmer by the name of L.D. Hill killed himself in an effort to get insurance money for his family that could be used to save the family farm.  Unfortunately he didn’t raise enough money and somehow you heard about the whole situation.  Could you tell people what happened from there?

Well, it was a sad story.  They were being foreclosed and they were in Georgia.  A really nice family, a great family and I read about it and paid off their mortgage.  So that was good and they lived happily ever after, I hope.

Yeah, I had heard that.

It was a sad story.  But that was one of so many stories because you know you see such horrible things happening in the world nowadays and I don’t know – I’ve never seen anything like it.  The world is going crazy.

It is.  Now your position on Planned Parenthood — I found it to be a little unclear.  At one point you seemed to be open to continuing to fund it.  But you also said that after seeing the abortion videos that have come out that it needed to get out of the abortion business and we shouldn’t be funding it.

So no government funding if they’re still doing abortions.

Okay, now if you became POTUS, you could expect to fill at least two to three positions on the Supreme Court.

If you have that opportunity, what kind of judges would you select?

Now you do an awful lot of negotiating.  What do you think of the Republican strategy in the House and the Senate that Boehner and McConnell have been pursuing with the Democrats which I think could best be described as talking tough right off the bat, folding soon after, and then attacking their own supporters who insist that they get a better deal.  How do you …

You just described it better for me than I could describe it.  I mean, it’s really shocking.  Frankly, if they stuck together, they would have had tremendous power —  but for some reason, they just don’t seem to understand the power that they have.   …They choked. They didn’t use their power.  I don’t know what happens.  People go to Washington – I know it’s not going to happen to me.  People go to Washington and they change.  But many people got in there, John, and they got in on the basis of that and Obamacare and other things.  And after they got in, they didn’t want to use their strength.  Believe me, if they stuck together, they would have won.

Now playing off of that question, the biggest concern I hear about you from people I call good grassroots conservatives who aren’t supporting you is something like, “Yeah, I like what he’s saying, but Donald Trump has given to Democrats.  He’s held liberal positions before.  I know he says he’s evolved, but how do I know he’s just not telling me what I want to hear to get elected and he won’t change if he gets into office?”  What would you say to those people?

Well, the first thing I’d say is Ronald Reagan was a Democrat, actually with a very liberal bent and he became a Republican conservative and he was somebody I knew and liked and got along with very well.  But, you know, I think it’s important to know I grew up…I started in Queens, but I moved into Manhattan as a young man into a small studio apartment in Manhattan.  And everybody in Manhattan, you know, it’s a Democrat area.

That’s what they have.  They have Democrats and …Republicans are…….you can forget it.  If you’re the Democrat primary winner, you automatically win the election.  So you grow up with that and, of course, I wasn’t thinking very much in terms of politics.  I was a businessman and the reason I gave to everybody was because it ended up that I was a world-class businessman.  You know, I built a great company and when you’re a businessman, you give to everybody.  You don’t say, “Oh, gee, I’m not going to give.”  You give to everybody.  I think that hurdle has totally been passed, John.  You know people understand it and they dig it.  Actually they dig it.  And I’m honest about it.  I say, hey, look, and that’s part of the problem of the system because if you look right now with Jeb Bush and all these guys, they’ve got all this money raised and everybody that gives them money has tremendous power over them.  I mean they’re like puppets.  They’re like total puppets and I don’t need money.  I use my own money and these people are totally controlled by their donors and their special interests and their lobbyists — and nobody knows the system better than I do.  I mean I’m a professional at this system and it’s a system that has to be changed.

Now speaking of Jeb Bush, he’s received over $100 million so far.  Hillary, I think, has gotten in the 60-70 million range — and you know some of these people who have given them money.

I know most of them.

Now if you were speculating, what do you think are the kind of things they would ask Jeb or Hillary to do for that money because they’re not giving it to them for free?  They want things.  What kind of things would they ask them to do?

They are not giving to Jeb or to Hillary because they like their hair color.  That I can tell you.  They’re giving because they will come back over the years with requests and Jeb will do those things and so will Hillary.  …And believe me, they will get what they want to get.  The (request may cost the country) jobs…..You know lobbyists represent other countries and they may (want things that will be) good for other countries.

I don’t want that.  I turned down $5 million last week from a lobbyist that wanted to put a lot of money in my campaign.  I said, “You know what, I don’t want your money, …I don’t want to get into an argument with you later on.  Just forget it.  I don’t need your money.”  So the problem is that’s the way our system works and it’s something that we have to talk about and it’s something we have to change because it’s not necessarily in the best interest of the people of our country.

Now due to the stunning incompetence of the Obama Administration, the Chinese government was able to hack our government computers and got data on over (22) million Americans.  They got social security numbers. …

…And you know what we do, John, we go over to the St. Louis Cardinals who are hacking the Houston Astros, okay?

…Yeah, I heard there could be over 30 million people.

So what do we do?  What would Donald Trump do about that because obviously you want to fix the problem.  But I haven’t seen them address this at all with China.  I mean they’ve got a treasure trove of blackmail information on American citizens.

Well, did they get anything from President Obama because that would be very interesting if that ever comes out, wouldn’t it?

That’s going to be a very interesting one; so let’s see what happens.

…What do I know.  But, I don’t even know if anybody knows it’s China for sure.  You know, a lot of people think it was Russia.  I don’t think we have any idea.  Our government doesn’t have a clue.  We don’t know what we’re doing.  Nobody knows it’s China.  For instance, you’re saying now it’s China, but nobody really knows it’s China.  They think it might be, but it could also be Russia.  It could also be something else.  If you remember, it was North Korea, can you believe this one, that hacked into… was it Sony, the movie studio?  And that was North Korea, so anybody can do it.  This is one of the downsides, by the way, of computers.  You know, in the old days you had something written on a piece of paper and nobody is getting it.  Today with these computers, anybody can hack in.

That’s true.  Now one of the areas you’ve talked a lot about during your speeches I’ve seen over the years is trade.  It’s something you obviously know and care a lot about.  However, when you talk to the average Republican, he doesn’t really have a lot to say about trade other than, “I like free trade.”  So can you talk to people who don’t have your depth and knowledge about the subject about what’s wrong with some of these trade deals we’re cutting?

We have bad negotiators.  We make bad deals with China, with Japan, with Mexico.  We have the worst negotiators and we have the best in this country.  I spoke with Carl Icahn and some others.  They’re going to represent us if I win.  We will make all great trade deals.  We won’t make any bad deals and we’ll bring jobs back to the country, John.

Now last question, I know you’re pressed for time here.  I’m not surprised to see that some of these people are getting a little scared to attack you because you’ve been smashing them back.  But I’ve started to see some of these consultants, some of these politicians, some of these columnists attacking your fans.  They’ve gotten to the point where they’re actually attacking the registered voters who are supporting you.  What do you think of that?

Well, my fans are very loyal to me.  It’s been an amazing period of time.  I love my fans.  I love the people that are with us.  You know, it’s very simple, I want to make America great again.  Everybody should love that; Democrats, liberals, Republicans, conservatives, who shouldn’t like that?  And they know I can do it.  I’ll be able to do it.  Other people won’t be able to do it.  They don’t have a clue.  Some of these politicians….. they don’t have a clue.  They’ve never created one job.  I’ve created tens of thousands of jobs.  I will get this country back spinning like a top.  It will be so great.  You’ll be so proud of it and you’ll save this tape or whatever you have it on because believe me, you will be very happy.

This country has such enormous potential, such unbelievable potential and we’re not using it, John.  And once we use it – once we untap it, once we let the people go, it will be so incredible.  And we have to take back our jobs from China.  We have to bring back our jobs from Japan, from Mexico.  We’ve got to make our country great again.  And it’s as simple as that.  And I think you’re going to be very happy and I think a lot of people are going to be very happy.  And that’s why there is a movement.  It’s really a movement going on right now because people want to see, not change like Obama change, which was a disgrace.  They want to see real change.  They want to see our country be great.  They want to see the American dream happen and that’s what’s going to happen, John.

I appreciate your time.

Thanks, John.  You take care of yourself…

Thank you very much.

If you want to hear more from Donald Trump, please visit his campaign website here[3].