By Tomorrow, If Whoever Is In Third Place Doesn’t Leave The Race, Trump Wins

There’s a lot of whistling past the graveyard going on in the Republican Party in regards to Donald Trump. 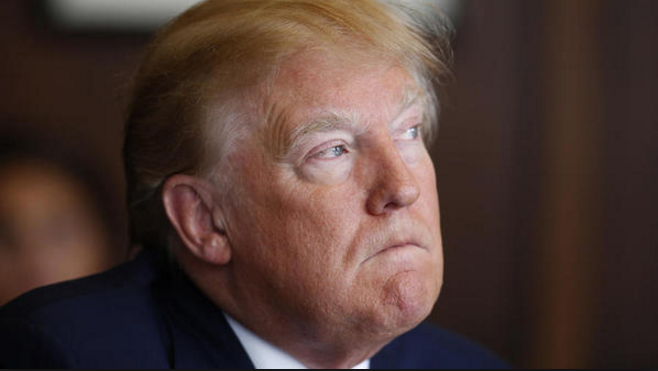 Barring an indictment for Hillary, a popular liberal third party candidate or some other miracle that would allow a Mr. Potato Head to win, Donald Trump will lose to Hillary Clinton.

Both of them are well known; yet Hillary is already beating Trump in 80% of head-to-head polls and those numbers are likely to get more lopsided in her favor over time. Trump’s favorability numbers with the wider electorate are nearly at Bill Cosby levels; he regularly says stupid things (See his refusal to publicly disavow the KKK); he cannot be financially competitive in a general election and there will be enormous numbers of Republicans who simply will not vote for him because they find him to be immoral, mean spirited, fascistic, racist, left-of-center or just believe he’s a con man who is unfit for office. There are many good grassroots conservatives and Christians who feel that way and many, many prominent conservatives will publicly refuse to vote for Trump before it’s over. Some of them like Senator Ben Sasse already have. Others will even actively sabotage his campaign or encourage people to vote for Hillary. Judging by previous election cycles with candidates that are as controversial as the Donald, if there’s a “Trump Train,” it wouldn’t be surprising if 20%-30% of Republicans aren’t on it in November.

I wouldn’t try to undermine Trump’s campaign if he were the nominee or encourage people not to vote for him out of respect for my friends who are supporting him, but I will say that I think it would be dangerous to have him in the White House and he’s absolutely unfit to be President. So, if he’s not someone you can support in a general election, I wouldn’t criticize you either because I understand exactly where you’re coming from.

If Trump does win the nomination, it’ll be like that scene in Jurassic Park.

“Ooh, ah,” that’s how it always starts. But then later there’s running and screaming.

It will start with people cheering that Trump won and the hated establishment lost and it’ll end with Trump losing in a landslide, the GOP getting its brains beaten in down the ticket along with hatred, loathing, recriminations and cries of “betrayal” that will last for years on the right.

If you want to get a little taste of what it will be like for other Republicans trying to run for office if Trump is the nominee, watch this very effective advertisement that is ironically aimed at Trump’s whipping boy, John McCain.

We’re a hair’s breadth from this disaster already and after Trump’s victories today, it may already be too late to stop him.

If you don’t believe that, you are kidding yourself. Trump’s hard core support may be around 30-35%, but he CAN go over 50% among GOP voters and the more races he wins, the more Republicans will get on the bandwagon. Many Republicans just want to say they voted for the winner and the more Trump looks like he has the nomination locked up, the more people will support him. Furthermore, the more likely it is that Trump has the nomination in hand, the more prominent Republican politicians will give him the sheen of legitimacy with their endorsements. Chris Christie, Jan Brewer, Paul LePage and Jeff Sessions have already embraced Trump and you can bet there are more that will come on board after Super Tuesday.

So theoretically, Trump may be a long way away from wrapping up enough delegates to become the nominee, but as a practical matter, he’s very close.

The only way Trump is going to be stopped is if either Rubio or Cruz gets out of the race and does it almost immediately so the party can rally around one man as an alternative to Trump. With that in mind, whoever is in third place after Super Tuesday, Cruz or Rubio, should leave the race, immediately endorse the other candidate and go on the road as his surrogate.

Incidentally, it STILL may be too late by then, but it at least gives us an outside chance to beat Trump, defeat Hillary and not flush the victories of 2010 and 2014 down the toilet.

Folks, we have a chance to kill Obamacare, get rid of Obama’s executive orders and move the Supreme Court to the right. The second Donald Trump becomes the nominee, barring a miracle, all of those opportunities are lost and the infighting he’ll cause will take years to fix.

Marco Rubio and Ted Cruz are the only two men who can potentially spare us that disaster. Whichever one of them has the least delegates after Super Tuesday needs to do the right thing.