I will never be a big Grover Norquist fan because he’s a diehard advocate of amnesty and open borders. That being said, Norquist has also done some really good work fighting against higher taxes and there’s probably NO ONE on the Right who works harder to get people together. “Grover’s meetings” in D.C. are legendary among conservatives. 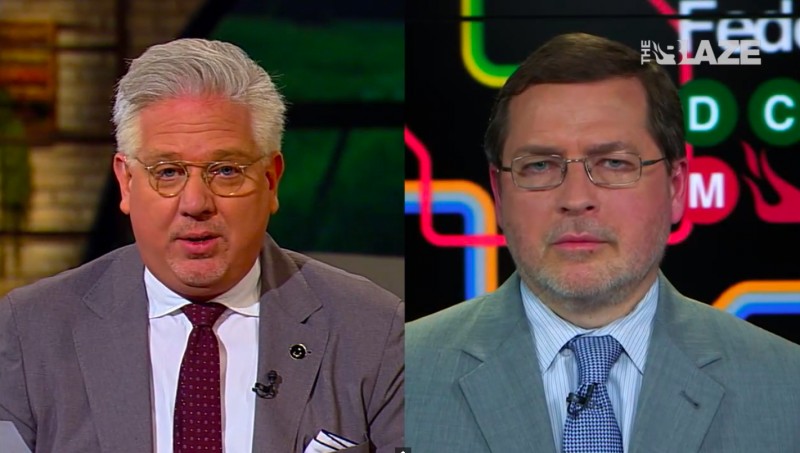 Beyond that, I would hope that I’ve ripped on radical Islam enough for people to realize that I take the threat seriously. Right Wing News semi-regularly does posts supporting bills that ban the spread of Sharia Law and I’ve written columns like Islam Is A Religion of Peace AND a Religion of DECAPITATIONS[2], Ten Questions You’re Not Supposed to Ask About Islam[3], Four Reasons There Shouldn’t Be a Mosque at Ground Zero[4] and 7 Things Every Moderate Muslim Should Believe[5].

All that being said, I’ve been hearing for years that Grover Norquist is secretly sympathetic to radical Islam; yet every time I’ve looked at the evidence, I’ve been extremely unimpressed.

That’s why I was particularly interested in Glenn Beck’s demands that the NRA investigate Norquist over his ties to radical Islam. I even supported the idea of an investigation to clear this up once and for all.

I’m pretty dubious of the whole Grover Norquist is a secret Muslim plant argument but I welcome the NRA digging into it. Why not? #glennbeck[6]

I was even more excited to see that Glenn Beck was going to have Grover Norquist on his show[8] to discuss the accusations that were made against him. Obviously Beck thought there was a lot of merit to them or he wouldn’t have made such a big deal about it; so that was significant. As to Norquist, he normally just shrugs these accusations off as conspiracy talk and doesn’t get into detail. So, putting the two of them together seemed like a great opportunity to get to the bottom of this once and for all. And in my opinion, they did.

Glenn Beck spent more than 40 minutes antagonistically questioning Norquist[9]. I watched every second of it and the sad truth of it is that it was all a big bag of nothingburger.

Essentially, Norquist created a Muslim group to push free markets to Islamic countries and about a decade ago, a few of the people associated with that group who seemed like moderates at the time, actually turned out to be radicals.

There’s no reason to think Norquist knew they were secretly bad guys and no evidence was given that he supported them after they were convicted.

Beyond a bit of seven degrees of Kevin Bacon silliness (This guy knew this guy who was a bad guy, which means you’re a bad guy for talking to him), there was nothing else.

The whole thing was so over-the-top that it actually made you feel a little sympathetic to Norquist. Perhaps the most embarrassing moment was at the end when Glenn Beck attacked Norquist because he’s friends with Suhail Khan. Why is Suhail Khan, a Republican who works for Microsoft, supposed to be a bad guy? Is it something he said? Something he did? According to Beck, Khan is obviously an awful, dangerous person because his parents were radicals. Well, David Horowitz’s parents were Communists; so does that mean we should all steer clear of him because he’s supposedly a Trotskyite?

I hate to say it, but the whole thing was just lame and it seemed to be a little beneath someone of Beck’s status to even be pushing something with this little substance to it.

After years and years of people screaming about Norquist and jihad, there’s apparently just nothing to it.

PS: Just in case anyone were to ask, I took a picture with Grover Norquist once coming out of a CPAC party, sat next to him during an event at CPAC without speaking and was the recipient of frantic complaints from one of his staffers after I harshly criticized him once, but that’s the extent of my relationship with Grover Norquist. We’re not pals (He probably wouldn’t know me from Adam), I don’t make money off him and I don’t have any reason to cut him a break.