How Can Scott Walker’s Team Hire Someone Like Brad Dayspring?

Scott Walker’s campaign caught flack for hiring Liz Mair earlier this year. Liz, whom I know and respect despite the fact she’s well to the left of me on a number of issues, made the mistake of slamming Iowa’s position in the primary system. Most conservatives don’t like Iowa having so much sway in the GOP primaries, but most conservatives also aren’t working for a candidate who’s running in those primaries either. After Walker caught flack from Iowans over Mair’s remarks, she ended up resigning. That’s too bad because Liz is an excellent digital media strategist, but once her comments became a big enough issue to actually hurt Walker in the primary, it put him in a very difficult position. 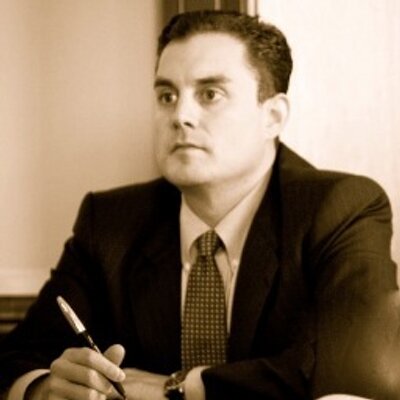 Today, he’s in a much worse position because Scott Walker’s Unintimidated PAC[2] has hired Brad Dayspring.

Some people might excuse Scott Walker for this hire because he currently can’t coordinate with the PAC. However, people in the know realize that’s a cop-out. The PAC is run by former high-level Scott Walker staffers who would NEVER deliberately do anything he doesn’t agree with. Furthermore, you can be sure that there was PLENTY of coordination between Walker and his staffers right up until the moment he was legally unable to continue to do so. Is it possible that he personally approved the hiring of someone like Dayspring beforehand? Absolutely, but a big part of the value of PACS like this one is that they create a degree of separation between the candidate and the PAC. The PACs can run dirty ads and they can hire dirtbags who will undermine grassroots conservatives at every opportunity and supposedly, the candidate can’t be blamed.

Well, not this time.

Walker shouldn’t get a pass if his PAC keeps Dayspring on staff — and this is no small matter. If Walker becomes our nominee and wins the election, many of the staffers on his campaign and his PAC will end up working in the White House. The people holding those positions will have a tremendous impact on the sort of policies we’ll see. For example, one of the reasons that Ted Cruz has been such a champion of conservatives is that he ended up bringing in a number of staffers from Jim DeMint’s office. When a politician surrounds himself with those sort of staffers, it’s no surprise when he ends up fighting the good fight. On the other hand, when a politician is surrounded by people like Brad Dayspring, you can be sure he’ll end up fighting conservatives. Want an example? Brad Dayspring used to work for Eric Cantor. Was any grassroots conservative sorry when Cantor was beaten by Dave Brat?

Here’s a little excerpt from Breitbart[4] that will give you an introduction to one of the most loathsome people in the Republican Party and someone no grassroots conservative should ever trust.

There’s perhaps no Republican operative from the establishment side of the party, however, who’s been more effective in eliminating conservatives nationwide throughout the movement in recent years—and Team Walker’s decision to bring Dayspring aboard just a few months after the similarly problematic Liz Mair was let go could backfire in a significant way. The 2016 GOP presidential primary is shaking out to mirror the larger fight inside the Republican Party—the conservative grassroots is hungry for a Washington outsider, while the establishment side of the party is more interested in attempting yet again to win a general election without the GOP base.

“Brad Dayspring is well known as a despicable establishment operative who specializes in slander and character assassination against conservative candidates,” Mississippi state Sen. Chris McDaniel—one such conservative Dayspring personally frequently attacked—told Breitbart News exclusively on Wednesday. “He is the perfect example of why conservatives no longer trust the GOP. He’s little more than a paid attack dog, without principle and honor, the personification of everything wrong with our present political system.”

“Scott Walker appears to be a good man with solid conservative instincts. But his hiring of the unstable Dayspring is an insult to honorable political discourse. If Dayspring is aligned with Walker, then conservatives should be warned to look elsewhere for leadership.”

“Gov. Walker should have known better than to hire Brad Dayspring, the worst GOP anti-conservative hit man in Washington,” said Brent Bozell, the conservative chairman of ForAmerica and president of the Media Research Center. “Brad Dayspring has a despicable record using character assassination to besmirch the reputations of conservative candidates and public policy leaders. He’s paid to do the ugly work of the Washington establishment. He is the personification of everything that’s wrong in politics today. Gov. Walker, people are policy. If you want conservatives’ support, you need to get rid of this cretin immediately.”

Mitch McConnell’s National Republican Senatorial Committee (NRSC) hit man, some idiot named Brad Dayspring, does not intimidate me and will not silence me with his sleazy inside-the-beltway tactics. In fact, I am more fired up than ever.

…Now, let me be clear. I hold McConnell and the chairman of the NRSC – Jerry Moran of Kansas – personally and politically accountable for the sleazy intimidation tactics of their current and former staffers. My opposition to McConnell’s re-election is underscored by pathetic behavior like this. Conservatives should not give a dime to the NRSC, money which is used to pay the salaries of these hit men and empower McConnell, et al.

As we have documented here on RedState, Brad Dayspring was one of the loudest lying voices in the dishonest, dishonorable, and disreputable campaign the NRSC waged on behalf of the mildly profoundly senile, corrupt, and adulterous Sen. Thad Cochran (R-MS) 46%. In this campaign Dayspring was front and center in lying about challenger Chris McDaniel. In fact, the scorched earth campaign waged by Dayspring against McDaniel exceeded any campaign the NRSC has ever run against a Democrat. He was also instrumental in launching attacks on the challenger to Sen. Pat Roberts (R-KS) 70%, Dr. Milton Wolf….

…Though there is no monetary teat, or other appendage, Dayspring won’t pull to extract cash, he routinely accuses conservatives, like Sen. Ted Cruz (R-TX) 100%, and conservative organizations like the Family Research Council of putting fund raising ahead of principle– which to Dayspring equates with whatever Establishment corruptocrat he’s being paid to support. At a time when the best man for his wedding was under arrest for child pornography (and favoriting pornographic tweets) he accused Mark Levin and the Senate Conservative Fund of pay-to-play purchases of Levin’s book. This is simply another of the lies Dayspring has told, knowing them to be lies. And then he moves along to yet another lie.

….There is no way I will support Governor Walker so long as Dayspring is affiliated in any way, no matter how tangential, with his campaign. This hiring of a casual liar, of a man who sets about to destroy the reputations of anyone he is told to attack speaks ill of Governor Walker. If he keeps Dayspring, it also tells you that Governor Walker is no conservative. He has now become the designated establishment candidate. If Dayspring stays with the campaign, conservatives must oppose him no matter the cost.

I like Scott Walker a lot. He’s one of my favorite candidates in the race, but if Dayspring is allowed to continue on with his PAC, grassroots conservatives would be wise to be very cautious about rallying behind Walker. I would also strongly recommend that NO ONE give any money to Scott Walker’s PAC or his campaign as long as Dayspring is affiliated with it. If you’re a grassroots conservative, this guy is not your friend and no one who wants him in a key position is your friend either.

You can tell a lot about candidates by watching when they’re willing to stand and fight. The fact that Walker fought the UNIONS in WISCONSIN and WON three elections in four years going toe-to-toe with them speaks very highly of him. However, if his staffers are the sort of people who know what they’re getting with Dayspring and are willing to lose the support of a lot of grassroots conservatives to keep him on board, that tells you they’re planning to spend a lot of time FIGHTING CONSERVATIVES if Walker gets elected. We have too many people like that in Congress as it is and we certainly don’t need one in the White House.

So, if you’re concerned, tweet Scott Walker[8] and the PAC’s digital media director, Brittany Cohan[9]. You should also send an email to Unintimidated PAC[10]. Be honest, but polite. If you’re a conservative fan of Walker who’s concerned, say so. If you don’t intend to give any money to the campaign or PAC as long as Dayspring is there, say so. Give them the benefit of the doubt — for now. But, if they hang onto Dayspring, it’s a neon warning sign about Walker that’s fifty feet high and conservatives should heed it.