Mark Krikorian from National Review[1] and the Center for Immigration Studies[2] is one of the smartest, most trustworthy people on the Right when it comes to illegal immigration. He knows exactly what’s happening, backwards and forward and that’s why I wanted to interview him about the Rubio/McCain/Obama amnesty bill that’s making its way through the Senate right now. 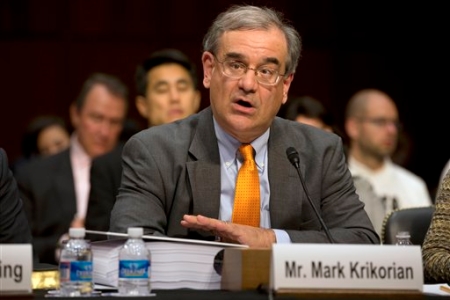 What follows is a slightly edited transcript of our conversation.

How do you think we’re looking on this bill? What are you hearing? Are we on track to beat this thing or not?

There’s still an outside chance to beat it in the Senate, which would be kind of remarkable if that happened. The likelihood of it actually getting through the House is obviously dramatically less. I’m less worried about that part, although what I fear is that the House may pass something small and narrow, but as long as it has the word immigration in it, then Boehner can just get together with Reid and re-write immigration law between the two of them and then send it back saying, “Look, Conference Committee did this. This is what we came up with; vote for it or else.” Most Republicans won’t vote for it, but if Boehner is willing to bring it to the Floor for the Democrats to vote for, with 15 Republicans passing it, then we’re screwed. But it seems to me that’s the thing. In a sense, the whole thing comes down to whether Boehner is willing to destroy the Republican Party or not. It’s kind of melodramatic, but the future of the republic rests on him.

Right before I did this interview, I was looking at a Marco Rubio blast e-mail talking about what an economic boom these illegal aliens would be to the country. That doesn’t seem to ring true to many people in that we’re in a country where 47% of Americans don’t pay income tax. Most people don’t pay into Medicare what they’re going to take out and yet, we’ve been told over and over again that these illegal aliens are taking low paying, difficult, manual labor jobs Americans won’t do. How can these people possibly be a huge economic boom to the country? How can they float Social Security and Medicare? Are these guys going to be a boom or are they going to be a minus to the economy?

There is no way that the claims people make about the benefits of increasing low-skilled immigration can be true. Nobody would be saying, “Let’s close some high schools because we want to have more people with only a sixth grade education. That really benefits America.” It’s a joke. The very fact that they can say this with a straight face without being laughed off the stage is more a testament to the media’s gullibility than anything else. I mean, you expect politicians to engage in brazen lying, but the problem is too many people swallow this stuff and believe it.

Part of the problem is that Rubio has a lot of credibility with conservatives because he was willing to stand up to the Republican establishment initially until he became part of it. So when he comes up with these whoppers, people are much less likely to confront him than I think is healthy. It’s really unfortunate….

Almost every requirement in this bill can waived by Janet Napolitano: for instance, the time limits on when people can be legalized, the requirements on criminal activity or even the enforcement triggers. Those basically don’t mean anything if any of them is held up in court, still. …The litigation over the 1986 bill didn’t end until just a few years ago. The ACLU has been quite clear that it intends to sue to stop mandatory e-verify and probably sue to stop a bunch of other things. If, for instance, mandatory use of electronic verification is still in the courts 10 years after the bill passes, it’s entirely possible the Secretary of Homeland Security can just give everybody Green Cards on her own — and there are hundreds of other examples of that kind of discretion.

It’s not too much of an exaggeration to say that this 1,000 page bill after all of the amendments could be boiled down to, “We trust you, Obama; just do the right thing.”

How many illegal aliens would end up being brought into the country with this bill and are we still going to have family chain immigration with it?

Well, there’s a couple of questions there. The first is how many illegal immigrants would qualify? Eleven to twelve million is what people say and it probably is somewhere around eleven or twelve million. …Now not everybody will qualify, but the flip side of that is there is guaranteed to be massive fraud given the way this has been organized. On top of that, believe it or not, a significant number of people who have already been deported get to come back and get amnesty. If you were deported after December of 2011 or any time during this year before the bill was signed, you get to come back if you have relatives here and get your Green Card. Basically it’s the United States government saying, “We apologize for enforcing our own immigration laws. Here, let’s make it up to you with a work authorization.”

Are we going to have chain migration that could turn that 11 – 12 million illegals into 30 million people on a path to citizenship?

Yeah, well, it could over time. … They supposedly got rid of that, but what they did was basically tucked those categories into a new immigration scheme for legal immigration which they’re calling the Merit Based Program. It’s like a points system — something like Canada has where, you know, you fill out a questionnaire and you get points for various characteristics and if you have enough points, you get to come here. Canada does that based purely on human capital characteristics. In other words, what level of education do you have, do you speak one of the national languages, what’s your age? If you’re in an occupation that their central planners have decided is desirable, you get extra points, but it’s all directed toward human capital at least. The point system that these guys have dreamed up has some of that stuff in there, but also has the chain migration categories hidden in there so that you get 10 points if you’re the brother or sister of a U.S. citizen which is the same advantage as you would get as if you had a Master’s Degree. You also get a certain number of points if you’re the adult son or daughter of a U.S. citizen.

The flip side is that they have taken one part of the family immigration program which is limited and made it unlimited — and that is the spouses and minor children of Green Card holders. So, if you’re married when you get your Green Card, then your spouse gets a Green Card, too. …Also, I put air quotes around this “temporary” employment program; this legislation exempts all family members from the numerical caps on those programs. So those numbers increase dramatically under the bill and they all get to work, too. Of course, there’s no change in the citizenship laws. So all the kids that these “temporary” workers have while they’re in the United States are U.S. citizens and then, these very same people who are pushing this bill are going to say, “Well, we can’t make them leave now just because their Visa expired. They have U.S. born kids and look, they’re so cute. Look, they all have to stay; come on.” It’s just ridiculous.

No, it’s going to be a disaster for the Republican Party for several reasons. One is Hispanic voters and immigrant voters generally are predisposed to be Democrats. They make much heavier use of public services. So, a party that’s interested in tightening up on welfare and government spending is not going to be appealing. They pay much less in taxes. Current illegal immigrants, if you look at their wages — a large majority of them have no income tax liability and that’s not going to change significantly if they’re legalized. So, a party that’s promoting tax cuts is of no interest to them. If anything, it’s quite the opposite.

Hispanics are the biggest supporters of Obamacare. When you ask them about issues like size of government, you know, “Would you prefer higher taxes and more government services or lower taxes and fewer government services?”…… the Pew Research Center found that Hispanic Republicans were more in favor of big government than white Democrats. They also did a separate survey asking people’s attitudes toward capitalism and socialism and Hispanics were the most hostile group to capitalism. They were more hostile to capitalism then self-identified supporters of Occupy Wall Street. Again, none of this makes anybody bad people, but it doesn’t make them natural constituents for the Republican Party.

Now this doesn’t mean that there aren’t a significant minority of Hispanics for whom a conservative small government message would resonate. There are…. but that’s between a quarter and a third of the Hispanic electorate and has been for generations. Republicans probably can do a better job of bumping that percentage up, but when you’re doubling future legal immigration as this bill does, you’re just digging a deeper and deeper hole for yourself. If you’re going to try to wean Hispanic voters away from the party of socialism, it’s going to take time. It’s going to take an investment of money and effort and it’s going to take ongoing assimilation of the voters themselves over time so that — but, none of that’s going to happen if you have not just ongoing mass immigration, but super-charged mass immigration in the future.

The final point on this is that the specifics of the bill guarantee that Republicans aren’t going to get more Hispanic voters because of the various requirements in this bill. The legalized illegal immigrants have to wait 10 years before they get Green Cards. Now they’re amnestied right away and they’re working and they get a social security account and driver’s license and all that — but Green Cards, which would give them access to welfare and citizenship and other things — that’s postponed for 10 years. Well, guess who’s going to be blamed for it as soon as the ink is dry on this legislation? I guarantee you Obama’s campaign has already got the material put together to demagogue this issue saying, “The Republicans imposed this second class Jim Crow status on you. Vote for us and we will set you free!” It will be a disaster. Republicans in 2016, if they pass this bill, will wish that they got Romney’s 27%.