Joe Geoghagan is a 31 year old veteran and he’s begging the VA not to let him starve to death.

Let me repeat that.

Joe Geoghagan is a 31 year old veteran and he’s BEGGING the VA not to let him starve to death.

Joe first came to my attention because he wrote the Right Wing News Facebook page[1] asking for help. Imagine that: a veteran who did three tours in Iraq and Afghanistan reduced to writing the owner of a Facebook page because he doesn’t know where else to turn to get basic medical attention. 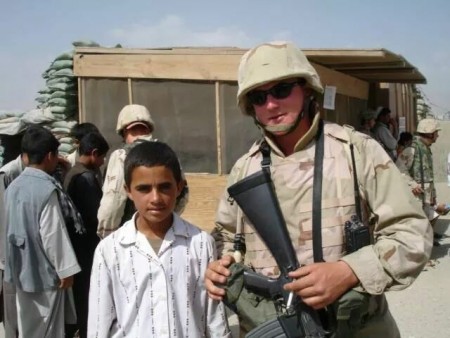 After doing some basic research to confirm Joe’s story[3], I reached out to him. It was difficult to discuss the case on the phone because after years of being mistreated and ignored, Joe’s story pours out of him like a flood now that he has someone listening. Almost without taking a breath, Joe produced countless details about the snubs, red tape, and frustration of dealing with the VA for the last few years. Although you’d expect anger — even red hot fury — there was more of a sense of desperation in Joe’s voice.

Yet all the while, my mind kept turning back to the central, almost inconceivable reality Joe is being forced to deal with: The VA is allowing him to starve to death.

This saga began for Joe back in 2008 when he left the service after spending four and a half years in the Navy. Joe developed Post-Traumatic Stress Disorder (PTSD) during his service, although he didn’t know what to label it at the time. He just knew he was anxious, depressed, and aggressive towards friendly people who didn’t deserve it. Joe reached out to the VA at that point, but was told he was perfectly fine and didn’t need any treatment after a cursory ten minute interview with a doctor.

Joe’s problems with PTSD continued and although he managed to get a job as a military contractor, more physical symptoms started to plague him as well. He began experiencing a lot of nausea and semi-regularly throwing up his food. Eventually, his increasingly frequent vomiting made him too sick to work and he was fired from his job. His fiancée didn’t like the changes she had seen in Joe’s behavior and left him before he was ever diagnosed with PTSD. Money was hard to come by as well and Joe’s depression worsened. He even tried to kill himself at one point.

Then, Joe had his first glimmer of hope in a long while: in late 2012, he realized he was still eligible for treatment at the VA. Initially, Joe was treated by the VA in Washington State and perhaps surprisingly, given the beating that the VA has taken in the press lately, he had nothing but good things to say about his treatment in that state. After a long, dark period, things were finally starting to look up. 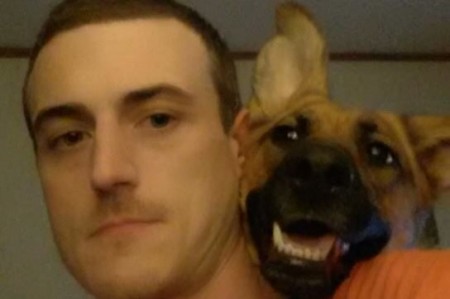 But, there was trouble on the horizon. Joe was moving to Alabama and he was warned by his doctor that the VA in that state had a “rub some dirt on it” approach to medicine and that he shouldn’t expect the same quality of care he had been getting in Washington. Joe was a little concerned, but he didn’t really expect to see a big drop-off in the level of care he was getting.

Little did Joe know how bad things were about to get.

After he moved to Alabama, Joe’s problem with throwing up his food grew considerably worse. In fact, it got so bad that he could no longer hold ANYTHING down. If Joe ate two bites of food, he threw it up. Even liquid nutrition like Boost shakes were quickly regurgitated. Unfortunately for Joe, the VA wasn’t exactly quick to address his problem, nor did it EVER treat it with the seriousness it deserved.

In fact, to this day, more than a year and a half after the VA started treating Joe, no one has figured out WHAT’S WRONG WITH HIM. In other words, after all this time no one at the VA can even tell Joe why he’s throwing up. If Malia Obama somehow walked into the VA with the exact same problem, you could be sure that someone would have a diagnosis and treatment plan prepared for her in 72 hours. Unfortunately, Joe’s not a VIP. He’s not a big donor to a political campaign. He’s not the son or daughter of an important man. He’s just a soldier who risked his life to serve his country.

Despite the fact that the VA hasn’t taken Joe’s case seriously enough to even figure out what’s wrong with him, a doctor cut a hole in his stomach and ran a tube into it. That allows Joe to spend 13 HOURS EVERY DAY feeding Boost shakes into his body while he wastes away. At one point in his life, Joe had been as heavy as 267 pounds. During his military career, he carried 220 pounds on his frame. After he started throwing up in his contracting days, Joe’s weight dropped down to 190. When he had the tube put in his stomach, Joe weighed 140 pounds. Today? Joe is at 130. How much more weight can Joe lose and stay alive? He’s already so weak that he’s had to move back in with his parents again so they can take care of him. What must that be like for Joe’s poor parents? Imagine watching your 31 year old child slowly starve to death in front of you while the VA shrugs its shoulders. Joe even told me that his poor mother said that she feels Joe is going to “die at home, slowly and wither away while they just take their sweet time keeping me in the red tape.” 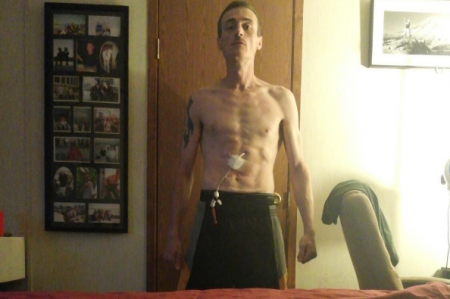 In fact, Joe wrote me this week-end to let me know that the VA has decided that his stomach problems aren’t its responsibility any more.

I just got my ratings decision in the mail from the VA dated the 24th of June this year. …They say that my stomach issues….are not related to my military (service).

…I’ve never felt so small or so betrayed in my entire life. After what I’ve done for my country and what I continue to go through today. I just can’t stop crying. How can they do this to a veteran, I just don’t understand.

After you’ve cut a hole in a man’s stomach and put a tube into it, it would seem to be a little late in the game to decide that it’s not your problem anymore. Yet, that’s exactly where we’re at today. Sick as he is, IF he can even get an appointment, Joe drives 40 miles to see a doctor and says he’s typically left waiting for 3-4 hours before he can get in to receive substandard care. Joe told me, “After three combat deployments for my country, I gave it 150% for my nation. Then I come home and I can’t get 30% effort, it feels like. It makes my jaw drop, it makes me cry, it makes me want to implode and explode at the same time. It’s the ultimate betrayal.”

As an American, what do you say to a man after he says that to you and YOU KNOW HE’S RIGHT? We talk a lot about “supporting the troops.” Is this it? Leaving a man who served his country to starve to death? That’s just not right. It’s just not acceptable. Maybe the problems the VA has are so big that the people reading this article can’t fix them, but I believe with all my heart that we can do something for Joe Geoghagan.

What can we do?

First of all, I may not have the juice to get the VA to treat Joe Geoghagan, but there are people who do. If the offices of Alabama Senators Jeff Sessions[6] or Richard Shelby[7] were to get interested in this case, it might get some people moving at the VA. Joe’s Congressman is Robert Aderholt[8]. He may also be able to get the VA to decide it matters whether Joe lives or dies. Additionally, if you’re a specialist, particularly one in Alabama who might be able to diagnose Joe’s problem, it would be incredibly helpful. Also, if you have a few bucks to spare, Joe could really use the contribution here[9]. Failing all of that, just spreading this story far and wide by sharing it across Twitter and Facebook could make a difference. There is someone out there who can get Joe Geoghagan the help he needs and if we can’t do it, let’s get his story to an even bigger outlet that can make it happen for him.

Joe Geoghagan is a 31 year old veteran and he’s begging the VA not to let him starve to death….and it’s up to those of us reading this article to find a way to save his life.